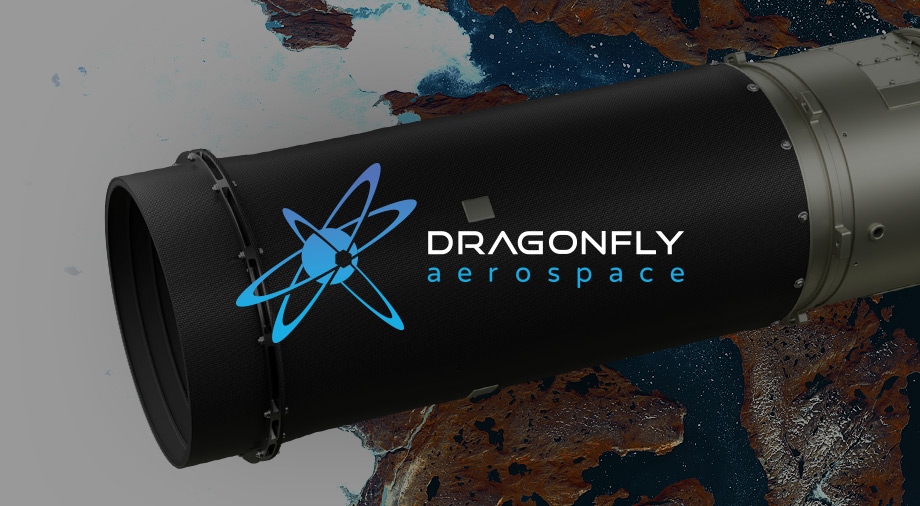 Dragonfly Aerospace develops compact, high-performance imaging satellites and payloads that are designed for large imaging constellations that provide persistent views of the Earth in a wide range of spectrums enabling unprecedented business intelligence and improving the lives of people around the world.

The current focus of Dragonfly is supplying electro-optical imagers to support earth observation and deep space missions. In the longer term, Dragonfly Aerospace is looking to deliver microsatellite solutions as well. Dragonfly is looking at, in terms of hardware size, satellites weighing from 100 to 300kg. This is the size needed to enable the deployment of large high performance satellite constellations.

The company headquarters are located in Techno Park Stellenbosch near Cape Town. It has a 3000 square meter facility with 1000 square meters of cleanroom areas for assembling imagers and satellites according to the ISO 7 and ISO 8 standards. The company plans a production line that could build 16 satellites in parallel and deliver up to 48 per year. Members of the Dragonfly team worked on 9 microsatellites ranging from 64 kg to over 400kg with 7 of these projects reaching space. The team also built the nSight-1 nanosatellite that was a technology demonstrator platform for the now highly successful Gecko camera in 2017. This camera was the first product from a new generation of imaging technology that now forms the basis of a range of high performance imaging payloads with the flagship product being the Raptor sub-meter imager.

Some of the existing Dragonfly customers are satellite makers NanoAvionics and Loft Orbital, as well as Indian hyperspectral imaging startup Pixxel. Dragonfly will also be providing two of its DragonEye imagers to EOS Data Analytics.

In 2020, the South African government announced funding for the Space Infrastructure Hub (SIH) initiative of the South African National Space Agency (SANSA). Dragonfly Aerospace plans to support the SANSA and the SA space industry to achieve its future space endeavours.