News
Max Polyakov / News / Space / We’re polluting our future home – before we even live there. Here’s why we need to clean up our space junk
All categories Adtech Events Opinion Space Startup
All categories Space
All types Articles
Articles
Share

We’re polluting our future home – before we even live there. Here’s why we need to clean up our space junk 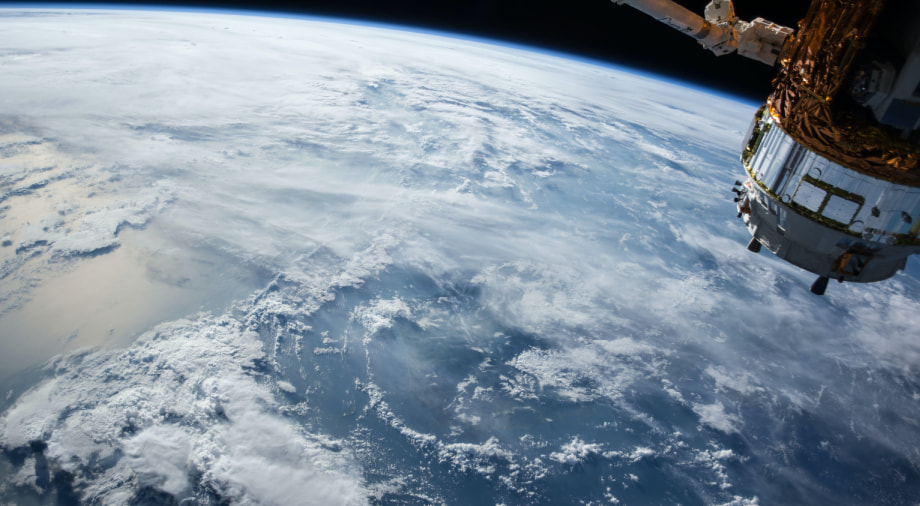 “Space is big. Really big. You just won’t believe how vastly hugely mind-bogglingly big it is,” writes Douglas Adams in the cult sci-fi novel, The Hitchhiker’s Guide to the Galaxy.

It might seem absurd, then, that space is also crowded – at least, the region closest to Earth.

Why are we so intent on exploring space when we have so many problems right here on Earth? From resource management, to multispectral imaging, to radar mappers, our space-based tools can help us solve Earth-based problems. Soon, armadas of small satellites will connect the world by bringing the internet to everybody.

As we are realizing the benefits of our orbiting workforce, however, we must also be proactive in mitigating the rapid proliferation of space debris – so we don’t end up with a problem on the scale of air or ocean pollution before we even have the chance to inhabit the next frontier.

The scale of space junk

At present, more than 2,200 operational satellites are orbiting Earth. But the growing concern is the inoperative satellites, spent rockets and debris that also clutter the region – collectively called space debris or space junk.

From the moment humanity entered space with the launch of Sputnik I in 1957, orbital debris began to accumulate. By 2020, those 2,200 operational satellites were joined by approximately 34,000 pieces of debris 10 cm in diameter or larger, roughly 900,000 objects from 1 cm to 10 cm, and more than 128,000,000 pieces under 1 cm. The mass of debris in Earth orbit totals nearly 7 million kilograms. While orbits eventually decay and debris can re-enter and burn up in Earth’s atmosphere, the process can take years.

Both satellites and space junk are primarily concentrated in two regions.

In Earth’s equatorial plane, just under 30,000 km above Earth surface, hundreds of satellites are in geostationary orbit. Most are communications and weather satellites, but they share their orbit with deceased predecessors.

The amount of junk in geostationary orbit pales in comparison to the satellites and debris in the zone that extends just above Earth’s atmosphere upwards to 2,000 km above its surface – known as low-Earth orbit, or LEO. To get to higher orbits, the Moon, or other planets, spacecraft must pass through low-Earth orbit, where debris is most dense and orbital velocities are greatest. So, space junk imperils not merely spacecraft in LEO, but all forms of space travel.

Where does space junk come from?

As long as humans launch objects into orbit, space debris is inevitable.

Rocket launches leave boosters, fairings, interstages, and other debris in LEO. So do rocket explosions, which currently account for seven of the top 10 debris-creating events.

Human presence also creates orbital flotsam – such as cameras, pliers, an astronaut’s glove, a wrench, a spatula, even a tool bag lost during space walks.

Some debris is created naturally from the impacts of micrometeoroids – dust-sized fragments of asteroids and comets.

With limited lifetimes, operational satellites can become space debris. Satellites run out of maneuvering fuel, batteries wear out, solar panels degrade – causing an orbital debris feedback loop, in which the problem is exacerbated when solar panels are sandblasted by micrometeoroids and tiny debris. As with rocket debris, spent satellites eventually re-enter Earth’s atmosphere and burn up, but the process can take years – and the higher they orbit above Earth, the longer those orbits take to decay.

Space junk can impact operational spacecraft, yielding even more debris of all sizes, further increasing the impact risk. This is known as “the Kessler syndrome,” named for NASA scientist Donald J. Kessler, who hypothesized spacecraft and orbital debris could reach a density such that each impact generates more debris and a greater likelihood of colliding with other objects – rendering the use of LEO impossible for decades. (This was depicted in the 2013 film Gravity, in which astronauts portrayed by George Clooney and Sandra Bullock are stranded in space after debris hits their shuttle.)

Even the tiniest space debris is a hazard: particles the size of dust grains, even paint chips, can scour hard-to-protect components like optics and solar panels, shortening operational lifetimes and creating even more tiny flecks of debris. An impact by a 1 kg object travelling at 7.0 km/s releases the same amount of energy as the detonation of 6 kg of TNT.

Now, LEO is about to become even more crowded. SpaceX, Amazon’s Project Kuiper, OneWeb Corporation and Canada’s Telesat plan on placing constellations totaling upwards of 50,000 satellites in LEO. Meanwhile, near misses between spacecraft and extant space junk are already occurring with greater regularity. In September 2020, NASA fired the engines of the Progress resupply module docked with the International Space Station, to boost the station’s altitude in order to avert a collision with a rocket fragment.

What should we do about space junk?

In the mid-1990s, NASA issued the first guidelines to mitigate the growing orbital debris hazard; other international agencies followed. In 2002, the Inter-Agency Space Debris Coordination Committee, comprised of 10 member nations, adopted a consensus set of guidelines for the “coordination of activities related to the issues of man-made and natural debris in space.” If the guidelines are followed, we can have a cleaner and more compliant environment in space fo the future.

Aerospace corporations are now designing small satellites to address space junk proactively. Satellites are incorporating electric propulsion systems like ion and Hall Effect thrusters as well as plasma thrusters to minimize small particles from chemical rockets, and as end-of-life de-orbit thrusters to push failing or inoperative spacecraft into Earth’s atmosphere. Researchers in Japan are even experimenting with wooden spacecraft to minimize the levels of toxic debris introduced into Earth’s upper atmosphere when spacecraft de-orbit.

But what about extant debris – as well as the debris that the introduction of tens of thousands of new satellites will, inevitably, generate?

Some companies, are planning to leverage spacecraft to pick up space junk. Others are devising methods to capture orbital debris, including nets, harpoons and magnets. Researchers at Tohoku University in Japan are devising a contactless de-orbiting solution, whereby a satellite fires a particle beam at debris, causing them to slow, lower their orbit and enter Earth’s atmosphere.

To keep space junk to a minimum – and allow us to effectively utilize low-Earth orbit for future exploration – we need concerted, collaborative efforts on multiple fronts to both eliminate existing space debris and prevent the generation of future debris.

While space debris present hazards, space debris mitigation presents an opportunity for clever entrepreneurs to solve – both in the next frontier and, perhaps, right here at home.

Read original article at World Economic Forum: We’re polluting our future home – before we even live there. Here’s why we need to clean up our space junk. 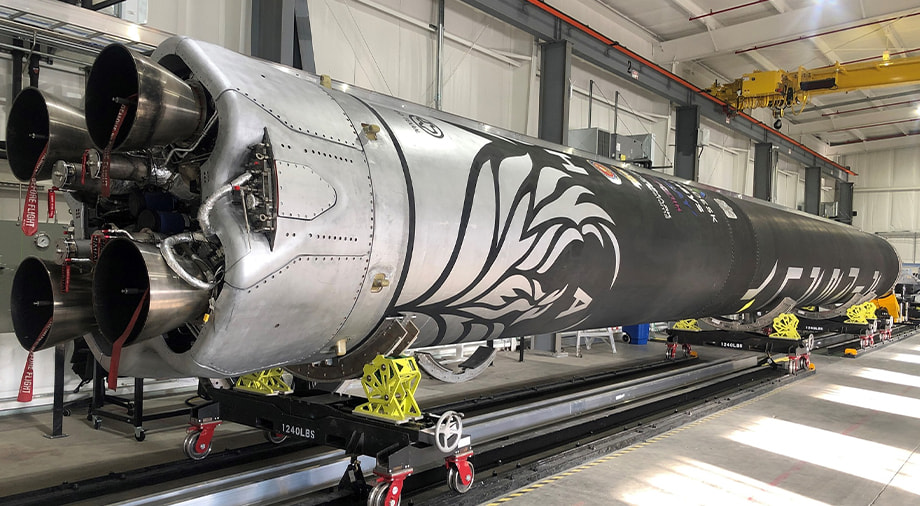 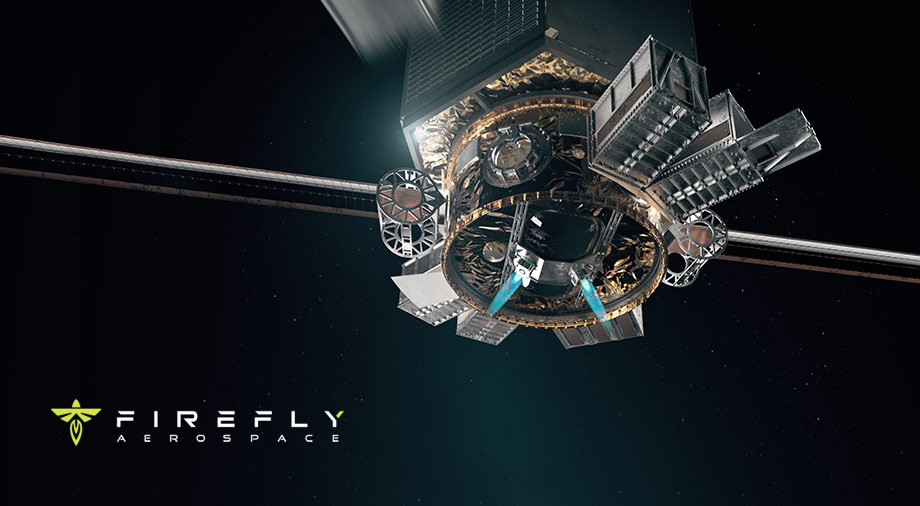