The most anticipated space missions of 2022. Part 2 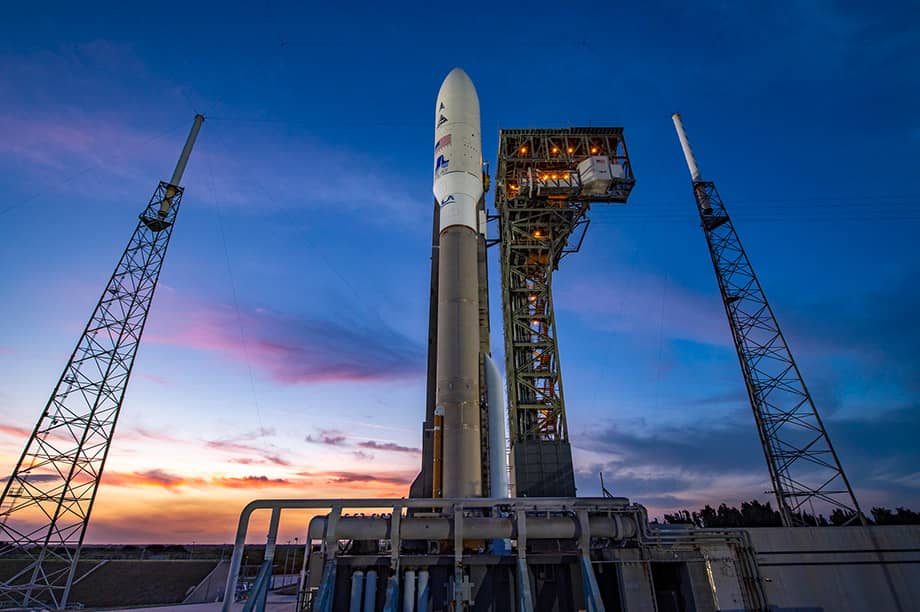 There is an established opinion among eco-activists that the space sector has an extremely negative impact on the environment. In many ways, the negative impact of space launches is greatly exaggerated, especially in comparison with the benefits that satellite monitoring and communication technologies bring.

Climate monitoring satellites are capable of predicting and localizing natural disasters, allowing early evacuation of the civilian population and saving thousands of lives every year.

Feeling an obligation to protect humanity and the planet, a number of space companies and agencies have dedicated themselves to efforts which help monitor and protect the environment.

Influence of the space sector on climate conservation

Satellites are widely used to track climate change. One such group of satellites is called the Joint Polar Satellite System (JPSS), which is scheduled to receive a new satellite, the JPSS-2 (or NOAA-21). The satellite is set to be  launched on September 30 from launch pad SLC-3E at the Space Force Base in Vandenberg, California.

The satellite will be launched into a non-geosynchronous polar orbit, and will provide coverage over the entire globe. JPSS-2 will provide real-time information on climate change using a range of instruments and sensors including:

JPSS-2 will be part of the National Polar Orbiting Operational Environmental Satellite System (NPOESS) and is sponsored by the National Oceanic and Atmospheric Administration (NOAA).

It is worth noting that JPSS-2 is not the only satellite system operating with NOAA’s climate monitoring missions. The JPSS-2 will be the third in a small constellation of satellites of the JPSS system. The NOAA/NASA National Polar Orbiting Partnership Suomi (Suomi NPP) and NOAA-20 (formerly known as JPSS-1) are already operating in Earth orbit. The JPSS satellite constellation is planned to eventually include 5 satellite vehicles which will work together to monitor the weather and climate changes on Earth.

The Geostationary Operational Earth Satellite (GOES-T) is the third in a series of geostationary environmental monitoring satellites launched as part of a joint NASA/NOAA program. The satellite’s main mission is to help predict natural disasters, particularly tornadoes, tsunamis, floods, and hurricanes. The probe also provides a wide range of meteorological observation capabilities and is able to quickly track weather changes.

The GOES-T was launched on March 1, 2022 from launch pad LC41 of the Space Force Base at Cape Canaveral. A United Launch Alliance (ULA) Atlas V 541 rocket was used to launch the satellite into orbit.

This year is bringing more and more climate and weather monitoring satellites into  near-Earth orbit. At the same time, manufacturers of these devices are increasingly trying to reduce their size, as well as create satellite constellations which provide a wider coverage of the scanned earth’s surface. Satellite constellations can provide real-time information regarding natural disasters, enabling decision-makers and public safety officials to respond to emergencies in time.

Predicting climate change and natural disasters on planet Earth is only part of NASA’s work to ensure the environmental safety of our planet. There are other initiatives aimed at exploring deep space, because there are also serious threats that can emerge from there.

The biggest such threat comes from the risk of asteroids colliding with the Earth. The ability to artificially influence an incoming asteroid’s orbit and change the trajectory of its flight could literally save the world. A similar concept formed the basis of the mission of the DART (Double Asteroid Redirection Test) spacecraft, which is part of the joint ESA/NASA AIDA (Asteroid Impact & Deflection Assessment) program.

A key aspect of this mission is testing a method of changing an asteroid’s orbital trajectory with a kinetic impact. This impact would be carried out by the DART spacecraft, which will crash into the surface of Asteroid 65803 (Didymos) in order to deflect its original orbit. Didymos is a cluster of two asteroids (a binary asteroid), with the larger one having a diameter of 780 meters, and the smaller one (which will be the DART’s main targetbeing 160 meters across.

Alongside DART, the Hera spacecraft, Hera, will be launched to the surface of the asteroid 65803 Didymos as part of the AIDA program. If DART is mainly a NASA project, Hera is mostly the work of their European colleagues at ESA. The device is expected to be launched in 2024, and its main goal will be a close study of the operation of DART and its actual impact on the orbital deviation of the small asteroid Didymos system. Tentatively, the Hera flight will take about two years, so the device will not be able to fully analyze the results DART’s work until 2026.

While there are no potentially dangerous (over 140 m in diameter) asteroids which astronomers know of currently on track to intersect with the Earth’s orbit in the next hundred years, NASA experts remind us that only 40% of such asteroids have been studied. That is why there is such active interest in the AIDA space program on both sides of the Atlantic.

Let’s digress a little from future expectations and look at a number of successful space launches that have already taken place in the first 5 half of this year.

The year in space began with the launch of the Starlink Group 4-5 satellite constellation, which was successfully launched into orbit on January 6 using the Falcon 9 rocket. As a result of that single launch, 49 Starlink telecommunications satellites were put into orbit at once. The launch cost was $52 million. Later this year, SpaceX will further grow its satellite constellation, with 12 Starlink Group successful launches for a total of $676 million.

In addition to the regular launch of its communications satellites, SpaceX has been actively working under the Transporter-3 and Transporter-4 programs, with launches taking place on January 13 and April 1, respectively. These resulted in the successful launch of commercial and government nano and microsatellites into heliosynchronous orbit. Both launches took place from the SLC-40 launch pad located at Cape Canaveral.

On March 15, 2022, the Astra Rocket 3 rocket manufactured by the aerospace company Astra Space was launched from launch pad 3B of the Pacific Spaceport Complex (Alaska). The mission, called Spaceflight Astra-1, was intended primarily to test the Globalstar transmitter and Iridium receiver. In addition, as part of the mission, instruments were tested to determine the characteristics of the radiation and density of the plasma which can affect rocket payloads during launch. The launch cost for Astra Space was $2.5 million.

The stakes for Astra Space are particularly high right now, as the company failed on June 12 to launch NASA monitoring CubeSats to study tropical cyclones. The upper stage of the Astra 3.3 rocket shut down prematurely, resulting in the payload not being delivered into orbit. This is the second rocket failure from Astra Aerospace this year, with the failure of the previous mission caused by the rocket’s payload fairing not separating during the Astra 3.3 launch on February 10.

On March 31, the 20th NS-20 mission to launch the New Shepard manned spacecraft, manufactured by the Blue Origin space company, marked its success. The ship successfully launched 6 crew members into orbit, who during the flight studied the effects of weightlessness on the human body for the purposes of future suborbital tourism.

China advanced in the implementation of its space program. As of the end of May, China’s Aerospace Science and Technology Corporation (CAST) has already carried out 15 rocket launches, 100% of which were successful. Among China’s space achievements, the execution of the Tianzhou-4 mission, which took place on May 9, is particularly noteworthy. It was the fourth launch into orbit of an unmanned cargo spacecraft, the payload capacity of which in low Earth orbit (LEO) conditions is 13.5 tons. Tianzhou, carrying 5 tons of cargo and 1 ton of fuel, was launched into orbit by a liquid-propellant Long March 7 launch vehicle.

This year we are expecting a lot of remarkable rocket launches, most of which have already been announced. Along with the programs of space agencies (NASA, ESA, CNSA), it is worth to note the increase in space launches by private companies. Foremost, private companies are interested in the further commercialization of space, the result of which is the emergence of completely new services in the telecommunications, space cargo transportation, and suborbital tourism. 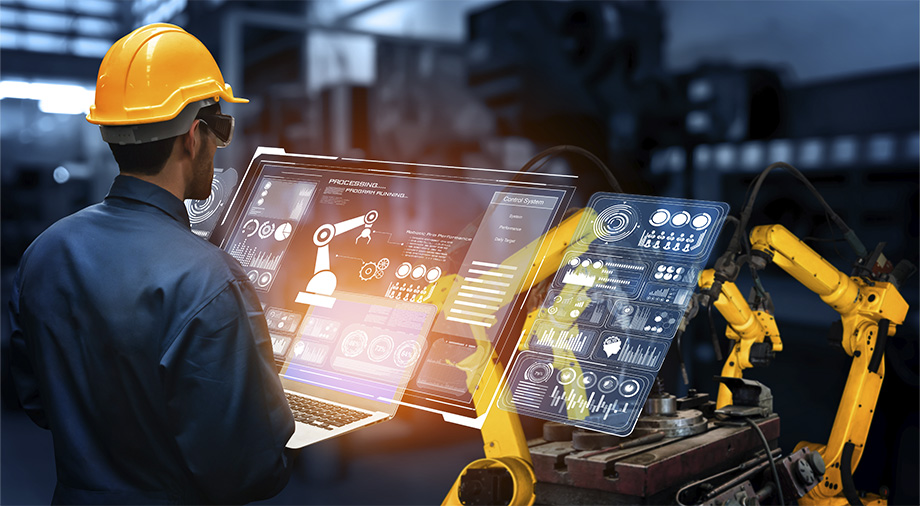 The transformation of Ukrainian business: what is the danger of sectoral reorientation of business in wartime?
Next article 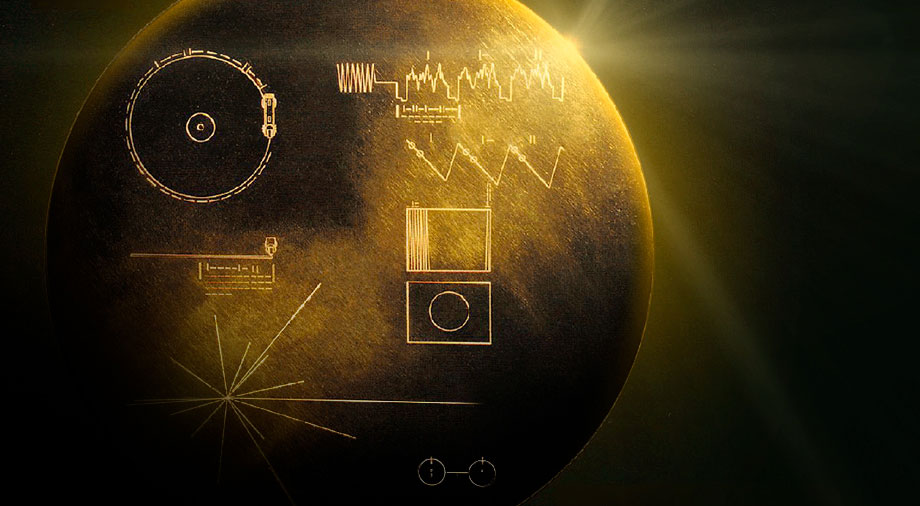 The Voyage of Voyager 2: when the second does not mean the last