News
Max Polyakov / News / Space / Over 3,000 satellites operate in near-Earth space, with the majority of them belonging the to the U.S
All categories Adtech Events Opinion Space Startup
All categories Space
All types Articles
Articles
Share

Over 3,000 satellites operate in near-Earth space, with the majority of them belonging the to the U.S 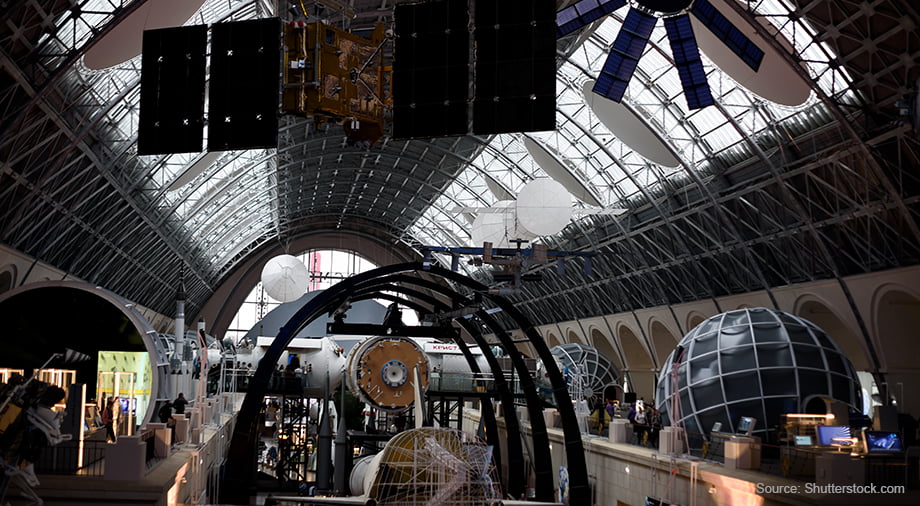 The international data collection service Statista has calculated that smartphone users will spend an average of 155 minutes per day on them in 2021. This is up 8,3% from the year before, and up 4.8 times from 10 years ago.

It’s no surprise: smartphones offer us hundreds of great apps to help make our lives better.

They help us find the best restaurant for dinner, the best clinic to go to for a health problem, or navigate public transit in a new city. We don’t need to hunt down recommendations or approach strangers on the street — all the information we need is available on Google Maps. We can find everything there marked with opening hours, contact info, photos, and user ratings.

And all of this information is accessible with rankings and location optimization via Google’s search engine.

To find places near your location, you need a GPS signal, which is provided by satellites. These determine the location of the owner of the smartphone in question, to an accuracy of 6-8 meters. This data is transmitted to the search engine, which then sorts the places found so that the user can see all their options nearby and select the one they want. GPS is just one of hundreds of missions for the thousands of satellites in Earth’s orbit.

This article talks about the history of satellites, what they’re made of, and what they’ve done for humanity.

How it all began

Scientists, philosophers, and writers have been talking about space flight for thousands of years.

Jules Verne, a 19th century French science fiction writer, spoke about space flight in detail in De la Terre à la Lune, Trajet direct en 97 heures 20 minutes (From the Earth to the Moon: A Direct Route in 97 Hours, 20 Minutes). The novel includes a detailed description of a rocket prototype, calling it a “projectile car” made of aluminum. Aluminum would indeed become the basic material for satellites almost 100 years later, when in the 1950s, the world would see the start of the “space race”. The United States and the Soviet Union would spend four decades competing for primacy in the exploration of near-earth space.

The Soviet Union was the first to put a satellite into orbit, calling it Sputnik-1. On October 4, 1957, the Sputnik launch vehicle, created from the 8K71 (R-7) ballistic missile, launched from Earth’s surface at great speed, breaking through the layers of the atmosphere and reaching near-earth orbit, in order to deliver the first artificial satellite into space.

Sputnik-1 resembled a ball with a diameter of 58 cm and four antennas of 3.9 meters in length, with a battery for two weeks of uninterrupted operation in orbit. Once in orbit, Sputnik-1 was used to conduct experiments on how radio waves emitted by its transmitters behaved when passing through the ionosphere, as well as studying the density of the upper atmosphere.

The United States launched its first device, Explorer-1, almost four months later on February 1, 1958. The American satellite looked very different from its Soviet counterpart. Whereas Sputnik-1 was mostly spherical, the Explorer-1 module looked like a giant pen with four antennas and a battery, weighing only 13.9 kg. Just like the Soviet device, this satellite collected scientific data, the most valuable of which was the discovery of the Van Allen radiation belt, a zone with a high concentration of energized particles around the earth that are captured from solar radiation.

France, Japan, and China later joined the Space Race. China launched its Dongfang Hong-1 into orbit in 1970. It resembled the shape of the American Explorer-1, but was 12.4 times its size.

Like other satellites of that period, the Dongfang Hong-1 tested out new satellite technology and took readings of the atmosphere and ionosphere.

Though they differed in shape, size, and weight, the world’s first artificial satellites all collected data on the atmosphere and the structure of space, which would prove critical to building our modern understandings of the area around our planet.

The devices were also constructed of similar materials. They were generally made of aluminum, which, when alloyed with other materials, could withstand the extreme conditions of near-earth space. Over time, scientists began to use other components to stretch the working lives of the satellites and their parts out as long as 10-15 years.

Modern satellites are made from the most durable materials, because during launch and operation, they need to be able to withstand the effects of radiation, generate electricity, as well as hold together in the event of a collision with orbital debris.

Aluminum, a lightweight, silvery-white metal, is used in alloys with polyamides, a high-performance plastic.

The shutters on the windows on the International Space Station are made of aluminum to protect them from impacts by space debris.

Kevlar, a high strength synthetic material, is used as a reinforcing fiber in multilayer products, body armor, and also satellites due to its strength. The qualities of this material help to withstand temperature extremes and collisions with orbital debris.

Graphite and Teflon are lubricants that reduce the friction from parts moving against each other.

Gallium arsenide is the material from which solar cells are made. Parts based on gallium arsenide are best suited for work in near-earth space due to their higher efficiency, and they are more resilient against cosmic radiation than silicon.

What are the functions of satellites today?

Modern satellites perform dozens of functions — they gather geospatial data; provide connections to the Internet, television, and phones; help us determine our location all over the planet, and countless other indispensable tasks.

Devices in near-earth orbit usually fall into these functional categories:

One example is the Hubble Telescope, which collects data on the properties of the universe and observes magnetic fields, cosmic rays, and characteristics of celestial bodies that are impossible or difficult to detect from the surface of the Earth.

Telstar 1, an early communications satellite launched in 1962, could provide either 60 two-way telephone connections or broadcast one TV program.

These are the satellites behind GPS, which can determine the location of anyone with a receiver anywhere on the Earth with an accuracy of 6-8 meters.

Over 3,000 satellites operate in near-Earth space, with the majority of them belonging the to the U.S.

In 2030, the number of devices in near-Earth orbit will increase by more than 100,000. Satellites from Starlink and OneWeb will provide high-speed satellite Internet, and EOSDA satellites will provide imagery of areas important for agriculture and forestry sectors as well as other critical industries. 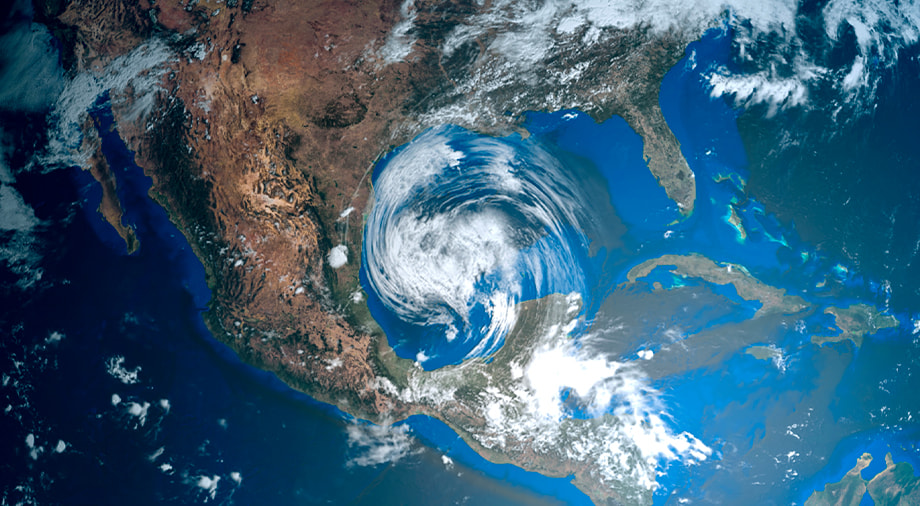 How Satellite Technologies Are Helping Tackle Climate Change
Next article 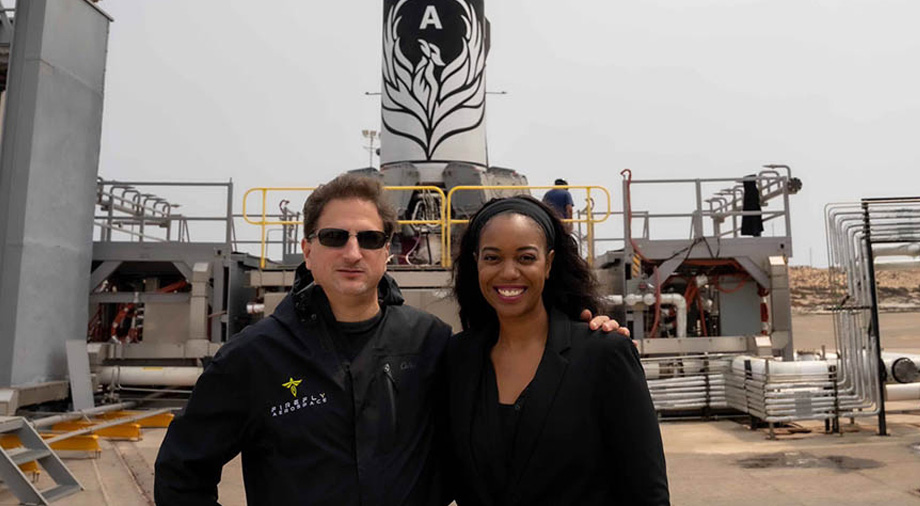