Summary of 2022. Events: DART, James Webb’s keen eyes, and a return to the moon 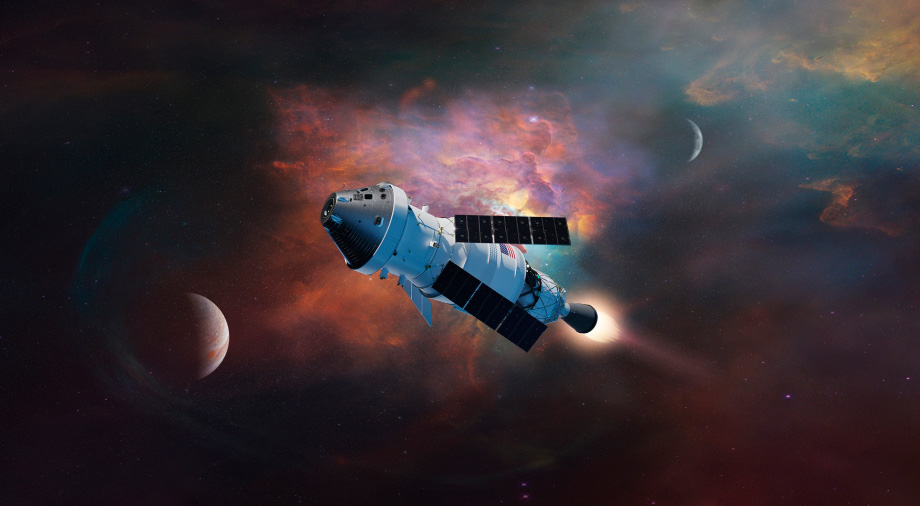 A challenging year in many ways, 2022 is now coming to its end, which means it’s time to take stock of the year in space. In Part 1 of this piece, we selected the three most significant space missions of the past year that had the most tangible impact on the space sector this year.

Planetary defense test: The success of the DART mission

Creating a planetary defense system to counter asteroids that could threaten Earth before 2022 was, although interesting, just a theory. NASA’s DART (Double Asteroid Redirection Test) mission proved it works. The main purpose of the DART mission was to demonstrate the possibility of changing the trajectory of an asteroid through the collision of a spacecraft with it.

To test the potential ability to influence the orbit of asteroids, NASA chose the binary asteroid system 65803 Didymos, consisting of the asteroid Didymos and its orbiting asteroid companion, Dimorphos. It is the smaller Dimorphos satellite chosen as a demonstration of DART’s abilities. According to NASA’s plan, the spacecraft was to hit the central region of the 160-meter asteroid and try to change its orbital trajectory around the more massive Didymos.

The DART spacecraft was launched on November 24, 2021, from the Vandenberg Cosmodrome using a Falcon 9 carrier rocket. After disconnecting from the rocket’s upper stage, DART launched its NEXT-C xenon electric motor and embarked on a ten-month journey toward the asteroid system.

DART approached the asteroid on September 26, 2022. A frontal optical camera mounted on DART captured this moment. Thanks to the early activation of the camera, for the first time, the DART mission team could see the impact object in details previously unknown to them. It turns out that Dimorphos’ structure is much more brittle than NASA had previously predicted. This gave scientists optimism, as the absence of a dense rocky structure on the asteroid gave hope that the mission results would exceed their expectations.

At 6.6 kilometers per second, DART collided with Dimorphos, which was moving toward it on an oncoming trajectory. The inertia from the collision with the probe caused the asteroid to slow its orbit, but the area where the impact occurred was perfectly chosen. Instead of the minimum predicted Dimorphos orbital reduction time of 73 seconds, DART could reduce the orbital period by as much as 32 minutes. While Dimorphos previously took 11 hours and 55 minutes to complete a full circle around Didymos, after the mission, this figure was 11 hours and 23 minutes. NASA celebrated a triumph by proving that if there are direct threats of Earth’s collision with an asteroid in the future, people will be able to protect their planet.

The DART mission was the most important planetary defense event this year, but it is by no means the only space program being developed to protect Earth from asteroids. In early December, NASA announced its plans to launch the Surveyor NEO (Near Earth Object) satellite warning mission. Its objective will be the launch of the Surveyor NEO spacecraft in the Lagrange Point L1, located 1.5 million kilometers from Earth. The Surveyor satellite will monitor space with a powerful infrared camera, sending signals to Earth in case of detection of potentially dangerous extraterrestrial objects. Once detected, space missions like DART would most likely be sent to the asteroid to divert its trajectory.

The year 2022 was an extremely successful year for NASA in the field of space observation as well. The NASA Hubble Space Telescope, which had been in orbit since 1991, required a worthy replacement. During this period of time, Hubble had taken about one million images, but by today’s standards, its optics had become too weak to look even deeper into space.

As a future replacement for Hubble in 2005, NASA began construction of a new space telescope, JWST (James Webb Space Telescope), named after the former head of NASA, who held that position from 1961 to 1968. The project’s construction timeline had been delayed for a very long time, but by 2016, after 11 years and $10 billion spent, construction was near its final stage. NASA focused on testing the telescope’s major systems and preparing for launch.

Despite attempts to launch JWST in 2018, it was launched on Dec. 25, 2021, using the Ariane V ECA super heavy-lift carrier rocket. James Webb separated from the rocket half an hour after liftoff, followed by a scheduled deployment of its solar panels. For an entire month, the JWST space observatory gradually moved away from Earth at a distance of 1.6 million kilometers to take its gravitationally stable position on the halo-orbit near the Lagrangian point L2. The choice of the location of James Webb in outer space was not accidental. At point L2, the gravitational forces coming from the Earth and the Sun counterbalance each other, making the telescope orbit stable, guaranteeing the high quality of future images.

JWST’s considerable distance from the sun also contributed to the mission’s success – for the telescope’s optics and sensors to pick up even the faintest infrared radiation coming from the most distant stars and galaxies, they had to be kept cold. NASA solved this problem by equipping the space telescope with a solar reflector that divided the telescope into two parts: a hot part (aimed at Earth) and a cold part with sensors directed into deep space.

Eight months after launch, on July 11, 2022, James Webb completed the staged deployment of all its systems, consisting of 350 consecutive steps. This was a particularly exciting time for NASA because if even one of those 350 items did not function according to plan, the success of the entire mission could have been at stake. However, Webb pulled it off and was ready to work.

James Webb gave thousands of astronomers on Earth the grandest gift of this year, allowing them to see space in a way humanity had never imagined. A system of mirrors and reflectors mounted on the cold side of JWST allowed it to capture the faintest waves of cosmological redshift. Thanks to this, today, we can see the light that the universe emitted 100-250 million years after the Big Bang. James Webb is the first man-made spacecraft that has been able to look so far into the past of our universe. Planetary systems have also been studied, so JWST described the processes of atmosphere formation on the planet WASP-39b, located 700 light years from our solar system.

For at least the next ten years, Webb will attempt to shed light on the history of our universe’s origin and the formation of the star systems around which habitable worlds like ours orbit.

Returning to the moon: the outcome of Artemis I

According to the unmanned mission plan, the Orion spacecraft was to enter a far retrograde lunar orbit, spin around the satellite, and return to Earth. The mission’s main purpose was to test the spacecraft’s main control systems. It was supposed to help NASA get information about Orion’s reliability to organize an already manned mission around the moon with the Artemis II mission (due to take place in 2024).

The Artemis I mission launched on Nov. 16, 2022. It was the first launch not only for Orion but also for its launch vehicle, the superheavy Space Launch System (SLS), which rocket giants like Northrop Grumman, Boeing, ULA, and Aerojet Rocketdyne had a hand in creating.

After undocking from SLS, Orion unleashed its solar panels needed to power the onboard electronics and headed for its flight to the far retrograde orbit of the moon, which Orion scheduled to reach on Nov. 25. The orbit around Earth’s satellite lasted six days, at the end of which Orion launched its AJ10 main thrust engine to take a course home.

The most important task of the mission was to test the spacecraft’s unique thermal protection system, which would protect future crews from extremely high temperatures during re-entry into the Earth’s atmosphere.

The heat shield performed well during the spacecraft’s re-entry into Earth’s atmosphere on Dec. 11, the final leg of the mission. The braking system slowed the speed of the crew module, after which Orion released its parachutes, on which the ship smoothly landed in the waters of the Pacific Ocean, 160 kilometers off the coast of Baja, California.

At present, a module that returned to the Earth was delivered to Space Center Kennedy, where experts examined the state of the spacecraft in more detail. However, now, NASA states that the mission was a resounding success. Now NASA can take a light pause and begin to prepare for the next manned launch of Orion, the third of which (Artemis III) will deliver astronauts to the moon’s surface. The experience of a new-generation spacecraft Orion is extremely valuable because it paves the way for further human travel to Mars and other remote parts of our solar system.

It so happens that all the missions mentioned in this material are missions organized by NASA. This year was particularly successful for this US space agency, and we cannot underestimate this success. Still, apart from NASA, other less visible players were active in 2022, whose strategy and vision set a new direction for the entire space industry. Keep reading the other year’s results, where we will look at the three most crucial space trends that changed the space sector this year. 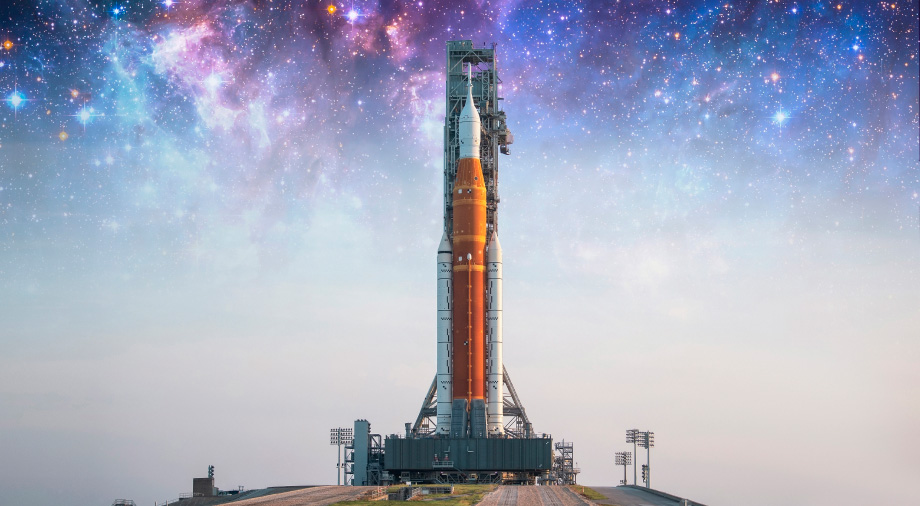 On the Shoulders of Titans. The Story of the SLS Rocket
Next article 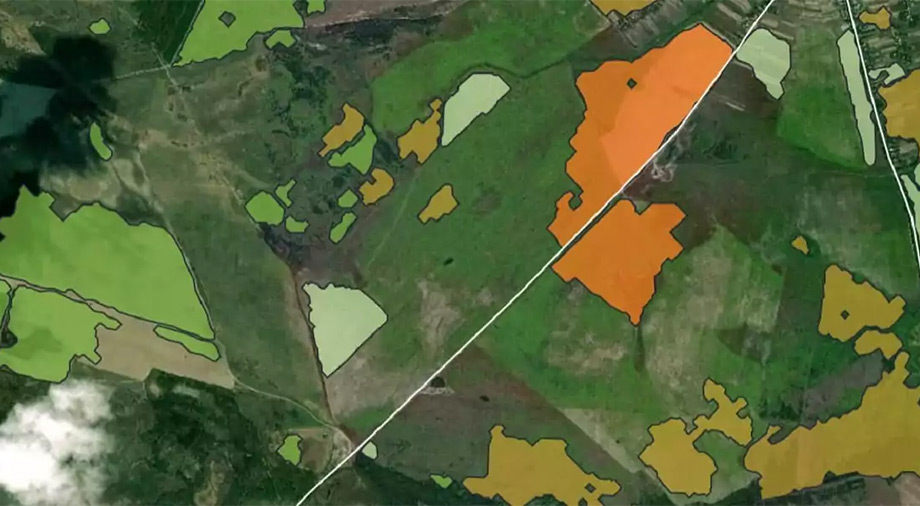 Satellite uses in agriculture: How Satellites Help Farmers with Their Work