Asteroseismology: what stars tell us when they “breathe” 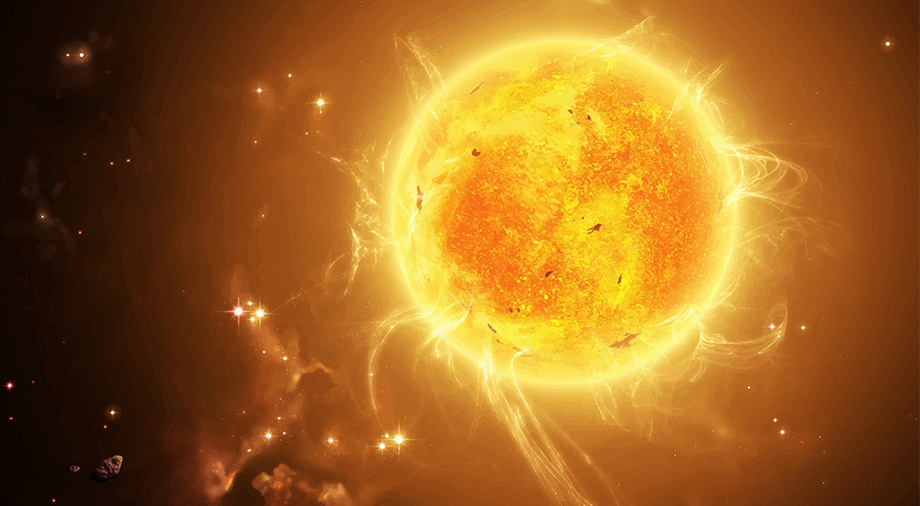 The Norwegian Kavli Prize in Astronomy in 2022 went to a group of scientists who made a number of discoveries in the field of asteroseismology, a science that studies the vibrations of faraway stars by measuring their frequency spectra and pulsations. In their research, the team of Connie Arts (Belgium), Jørgen Christensen-Dalsgaard (Denmark), and Roger Ulrich (USA) were able to draw parallels between systematic fluctuations near the surface of stars’ stellar crust and processes occurring inside those stars. The new observation methodology could prove a real breakthrough in the field of remote study of stars, in particular our Sun (which is studied by helioseismology).

Today, we will explain how asteroseismology makes it possible to shed light on the fundamental processes occurring inside stars (such as the formation of neutrinos) and how its methods will soon help us to significantly increase our ability to predict the Sun’s behavior.

How are stellar fluctuations born?

Pulsations of stars arise at the moment of conversion of thermal energy generated inside the star into kinetic energy, which appears in the form of mechanical fluctuations on its surface. Flares and explosions in the sun give rise to a huge amount of kinetic energy, the echoes of which propagate through the body of the star as acoustic waves. Isolating and comparing the harmonics of these oscillations allows scientists to determine and classify the processes occurring inside the star, which cannot be obtained by any currently existing method of astronomical observations.

Since excessively high temperatures near stars do not allow space research probes to look directly, we use oscillography – a method for studying physical quantities using electrical measurement instruments, in this case oscilloscopes and their analogues.

A comparison of the wave frequencies from observed stellar oscillations can provide very accurate information about the density of a star’s inner layers, and a spectral analysis of these fluctuations can tell a great deal about the star’s chemical composition. These intervals of stellar “breathing” can shed light on the rotation speed of a star’s outer and inner layers and help us better understand the processes of stellar evolution.

English astrophysicist Arthur Eddington (1882-1944) was fascinated by the potential of observing internal stellar processes. In his monograph, The Internal Structure of Stars, he focused on the fact that existing theories about the structure and thermochemical processes occurring in stars could only be accurately confirmed by experimentation.

A method of visually observing internal stellar processes would only be developed after Eddington’s death In the early 1960s, astrophysicists took great inspiration from seismology, a science which had for several centuries studied wave oscillations that form inside the earth’s surface. By comparing and analyzing frequency data, seismology gained an idea of ​​the density, composition, and velocity of the Earth’s inner layers, where it was physically impossible to deliver research equipment.

A team of researchers at the California Institute of Technology led by Robert Leighton discovered horizontal convection currents in the Sun for the first time. Huge plasma bubbles with a diameter of up to 10,000 km gave rise to acoustic oscillations, which, at an interval of every 296 seconds, created waves up to 500 meters high on the surface of the Sun. Due to the Sun’s low density, its waves were not straight: from the inside, they could penetrate the entire surface of the star and be released in the form of ripples on the opposite side of the Sun. The identification of these systematic solar oscillations was the birth of asteroseismology as a new field of observational astronomy.

Helioseismology: how do we see the sound of the Sun?

The density of the Sun is only 1.4 times that of water. This means that acoustic waves propagate well within its plasma. The thermochemical processes of the Sun’s inner layers give rise to oscillations, which, with their speed and amplitude, rush to the star’s surface. It is there that we can see their release in the form of ripples on the surface of the outer layers, which we can see very well with modern astronomical telescopes.

It is worth noting that in the extremely rarefied environment of space’s vacuum, the sounds of the Sun’s seismic activity do not reach us directly. Astronomers can only visually observe this wave activity, which nevertheless allows asteroseismologists to literally see the sounds on the Sun.

Modern asteroseismology divides the types of wave stellar oscillations (modes) into 3 types, each of which is indicated by its own Latin letter:

The modes of various solar oscillations have a curvilinear trajectory and often collide with each other, which can muffle or even increase their amplitude. The detailed observation of motion trajectories, the intensity of harmonics, and the frequency and amplitude of oscillations of solar modes gives an idea of ​​the density and structure inside our star.

To date, helioseismology has been able to solve many questions about the Sun which had puzzled scientists for generations. It was the periodic fluctuations of the outer stellar layer that helped explain our detection of so few solar neutrinos. In theory, based on the Sun’s structure, neutrino detectors on Earth should be detecting three times more of them. However, this could be explained by the fact that solar neutrinos are very unevenly distributed as a result of the constant variations in the temperature, density and chemical composition of the solar core (the place where neutrinos are formed).

Spectral analysis of the Sun’s wave activity has explained a great deal about the processes and speed of movement of the outer and inner solar layers. This gave scientists an understanding of how the speed of the movement of the outer layer of the Sun is distributed: movement is slower at the poles, while it increases as one moves closer to the equator. At a certain distance from the solar core, this difference levels out, and the speed remains constant, which helps us understand the principles of the solar core’s solid-state rotation.

Understanding that the Sun has non-uniform rotation near its outer layers gave astronomers a broader idea of ​​the distribution of the Sun’s magnetic field. With this knowledge, humanity has received a unique opportunity in the future to predict the strength of solar flares, which, if ejected towards the Earth, can have a destructive effect on orbiting communications satellites and threaten the lives of astronauts working in orbit.

In many ways, helioseismological observations of our Sun are so accurate due to the star’s close proximity, as modern optics can see in detail even the smallest fluctuations in the solar crust caused by acoustic waves.

However, the observation of more distant stars is a completely different kind of task. Currently existing astronomical telescopes do not have sufficient lens resolution and cannot visually record wave activity on the surface of distant stars. Even assuming that such optics could exist, the Einstein effect of gravitational lensing, caused by galactic and dust clusters located between an observer on Earth and distant stars, would significantly distort any observational data obtained.

Nevertheless, the astroseismological study of distant stars is quite successful, and it is able to establish the mass, age, and chemical composition of stars many millions of light years away, all with no less accuracy than we can do with our own Sun. The answer lies in measuring stars’ luminosity. By measuring a star’s brightness and further breaking down the light it emits by harmonics and periods of oscillation, we can accurately tell how even the most distant stars change. Moreover, the frequency response of these oscillations can accurately determine what exactly caused the change in a star’s luminosity: its physical pulsation or transit along the stellar disk of planets, some of which could potentially be suitable for life.

University of Sydney graduate student Daniel Huber, while observing and comparing the harmonics of the oscillations of red giants, was able to convert the observed frequency responses of stars of different sizes and accelerate their sound so that it could be heard by the human ear. You can listen to a concert of 3 red giants of different sizes here – the recording starts with a higher frequency sound, which belongs to the smallest red giant, and gradually increases to a low-frequency hum, which is characteristic of large red giants. In this way, stars rather resemble musical instruments.

The twinkling of stars caused by their systematic fluctuations consists of many harmonics, and determining patterns in this stellar noise is often a very difficult task. Nevertheless, with the development of asteroseismology, new methods of systematizing the information received also appear. One of this year’s Kavli Astronomy Prize winners, Connie Arts, has developed mathematical methods to detect non-radial stellar oscillations in spectroscopic data by integrating machine learning (artificial intelligence) into the process. Ms. Arts’s mathematical algorithms are now used in many asteroseismological space missions, such as CoRoT, Kepler and TESS.

Space missions and prospects for the development of asteroseismology

As asteroseismology has emerged as a field, a number of space missions have been engaged in direct and indirect observations of stars:

Asteroseismology holds tremendous potential to experimentally confirm our theories about stars. In addition to experimental confirmation (or refutation) of many cosmological theories about the structure of stars, science has provided an amazing predictive ability, which in the future will help to predict and deal with the consequences of solar flares that can disable telecommunications and monitoring satellites when they reach Earth.

Understanding the processes that take place inside the thousands of stars we have studied can complement our understanding of the stellar evolution of celestial bodies, and in many ways tell scientists what the future holds for our Sun. In addition, the most relevant use of the field (from the point of view of the long-term survival of the human species) is the search for exoplanets. The weak and barely audible “breathing” of these distant luminaries provides asteroseismologists a unique opportunity to understand where else, beyond our solar system, life can exist in the Universe. 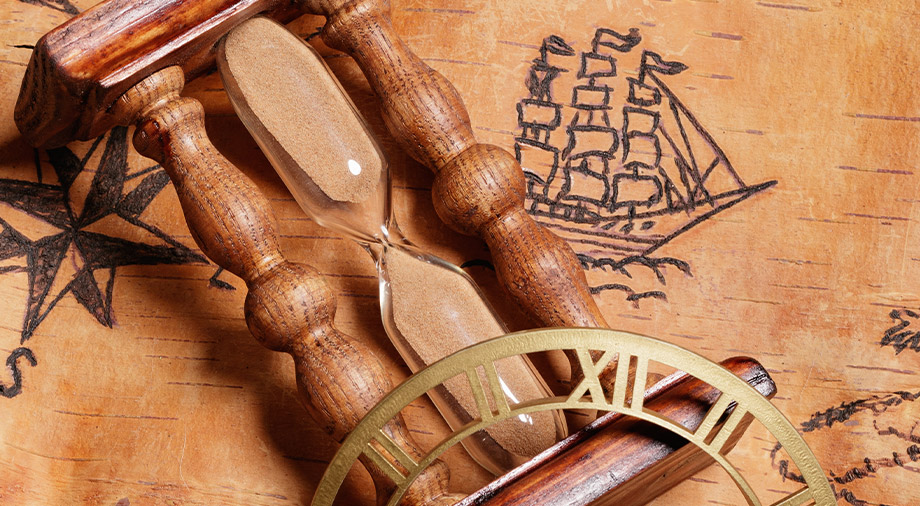 Medieval Mechanisms: The Origins of Classical Mechanics
Next article 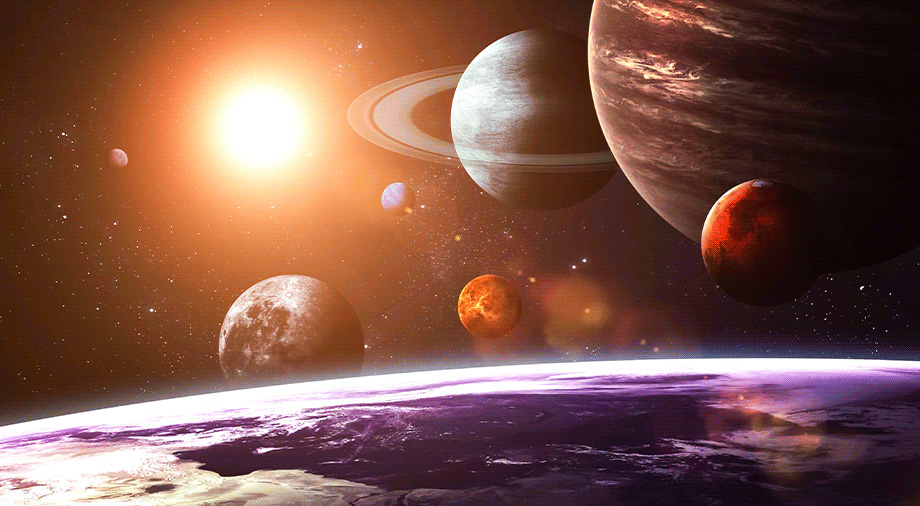 Space does not forgive mistakes, Part 2: No way to colonize Mars