The Eyes and Ears of Modern Warfare: A Brief History of Satellites in Military Conflicts (Part 1) 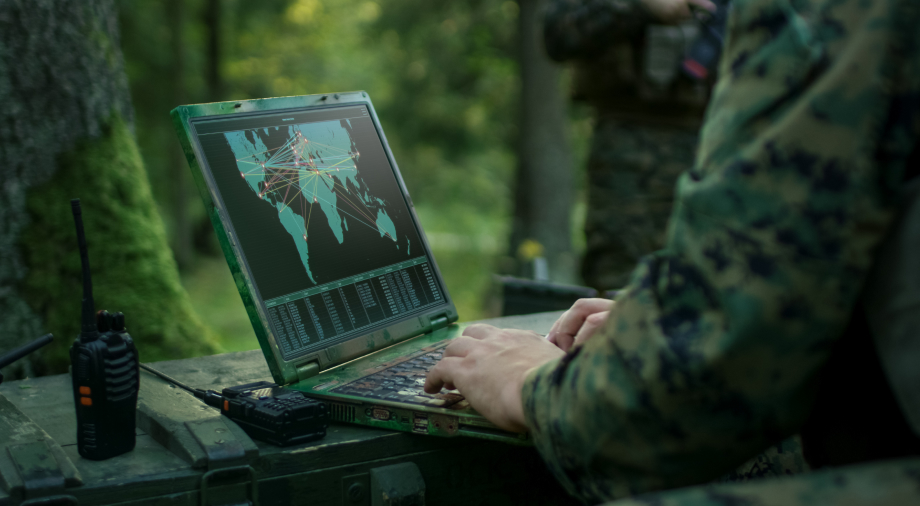 The full-scale war that began in Ukraine in February 2022 has proven the importance of satellite technology in modern military conflicts. The orbital constellation of Starlink satellites and thousands of ground receiving stations provided by SpaceX to the Ukrainians have served the critical communication needs of military units and civilian infrastructure. Moreover, SAR (synthetic aperture radar) satellites (in particular, the Ukrainian ICEYE satellite acquired from Finland) have served as the eyes of Ukrainian intelligence, allowing them to pinpoint strikes against military depots, critical crossings, and logistics hubs of the Russian occupiers.

But the military applications we are seeing from satellites today have been in the works for 70 years.

The first scouts in orbit: the WS 117L program

The first projects to use satellites as reconnaissance tools were developed by the US government starting in the 1950s. Even then, there was a clear understanding that in the space age that had barely begun, monitoring satellites would become an advanced intelligence weapon: quiet, invisible, but with a wide range of applications.

The first satellite reconnaissance program was the Weapon System 117L, which was approved by the United States Air Force in 1956. The program involved the launch of reconnaissance satellites into low Earth orbit, which would be able to take photographs and videos and subsequently transmit the footage to Earth.

In 1958 the program was renamed WS-117 ARPA. By that time, it had been funded to the tune of $108.2 million (about $1.02 billion today). By 1960, the United States had spent a record $163.9 million ($1.5 billion today) on the development of the WS project. The project explored the use of two main types of reconnaissance satellites, called SAMOS:

1.    SAMOS-E was a spy satellite for optical reconnaissance activities through photo and video filming.

2.     SAMOS-F was a reconnaissance satellite for electronic intelligence (Ferret ELINT).

Between 1960 and 1962, 11 SAMOS satellite missions were launched using four different types of cameras in different configurations. However, the clarity of the satellite images was insufficient, and the Air Force’s SAMOS project was scrapped in favor of an alternative orbital reconnaissance aircraft from the CIA. The next reconnaissance satellite program was CORONA, codenamed “Discoverer.” The first US military satellites of the CORONA program were launched into orbit as early as 1959. In different periods, six different versions of satellites appeared, which received the codename KH (from the English Keyhole: keyhole). The Agena-A and Thor Agena upper-stage rockets were used to launch the satellites.

The CORONA satellites were equipped with a film camera with a 24-inch (610 mm) focal length. Eastman made by Kodak was chosen as the film, which offered a phenomenal resolution for those times: 170 lines per 1 mm (for comparison, the most advanced films for aerial photography could only provide a resolution of 50 lines per 1 mm). The first versions of CORONA contained 2.4 kilometers of film, but the later KN-4A version carried 9.8 kilometers for its two cameras.

In their missions, CORONA satellites produced both infrared and color images, but the color images had extremely poor resolution and were no longer used after missions 1105 and 1008. US reconnaissance satellites were equipped with film cameras until the 70s when they were replaced by the KH-11 KENNEN satellite (later renamed CRYSTAL). The device contained a digital camera and could send data to Earth via a radio signal in real-time.

When flying over the United States, CORONA satellites performed an orbital maneuver in which their payload capsule containing the film was undocked and descended by parachute, where it was captured by a specially-equipped aircraft.

Between 1959 and 1972, 144 CORONA satellites were launched, 102 of which successfully returned payload capsules to Earth with photographs of the USSR, China, and other territories of interest to American satellite intelligence. In the best tradition of espionage, the US government, led by President Eisenhower, denied any use of its satellites for intelligence purposes. In particular, the satellites of the SAMOS program were positioned as meteorological and research orbital probes. This pretense was maintained until 1992 when the CORONA program was officially declassified.

Satellite navigation: Transit and the forerunner of GPS

In the early 60s, with the escalation of the arms race between the USSR and the United States, the US Navy felt the need to create a navigation system for its fleet, particularly ballistic missile submarines which carried nuclear weapons. It was essential for submarines to have accurate data on their location before launching missiles.

The main idea of ​​the new satellite geopositioning system was to use the Doppler shift effect that comes from a satellite equipped with a radio telemetry system during its orbit. The head of the APL research center, Frank Miller, proposed that this Doppler shift coming from the satellite could be used to determine the location of a radio receiver that would be installed on Earth. In 1958, the development of a satellite geopositioning system began, and a year later, the first navigation satellite, Transit 1A, entered orbit. In 1960, a second satellite, Transit 1B, joined it.

In December 1962, the Transit 5A-1, a new navigation satellite more resistant to flight overload,  was launched into polar orbit. By the mid-1960s, the Transit array had grown to five satellites in low polar orbit at an altitude of 1,100 km (660 miles). They were able to provide positional data for receivers on Earth with an accuracy of 200 meters and an hourly update interval.

It took several more years to test the new satellite positioning system before it entered service with the US Navy in 1964. The active use of the system by military and civilian American courts began three years later, in 1967, and lasted until 1991.

The Transit satellite geopositioning system was fully decommissioned in 1996. It was superseded by the new and more technically advanced GPS (Global Positioning System), which offered a large satellite constellation that allowed real-time updating of geolocation information.

GPS would reveal its military potential at the end of the 20th century when it would play a decisive role in the first satellite war.

The Persian Gulf: the first test in battle

The First Gulf War began in August 1990 with the invasion and occupation of Kuwait by Iraqi troops. This caused a flurry of outrage among Western leaders, resulting in the creation of the Multinational Force (MNF), a contingent of allied forces led by the United States, whose main goal was the complete liberation of Kuwait. Operation Desert Storm, as it was called, would be the first example of a full-scale military operation using space-based assets to coordinate military operations.

Desert Storm began on February 24, 1991, after a series of massive missile and air strikes on Iraqi military bases and supply depots. GPS allowed the coalition forces to ensure the coherence and coordination of all groups of forces operating in unfamiliar desert conditions. The Iraqis did not expect that the US military would be able to maneuver in the desert, so they did not even bother to strengthen their positions in these sectors of the front.

According to Scientific American, the decision of the US military to completely entrust the fate of their military to the newly-introduced GPS was a massive gamble. The fact is that at the beginning of the operation, the GPS constellation consisted of only 16 satellites put into orbit, while eight more were needed for the system to operate smoothly (the United States brought the constellation to 24 satellites only in 1995). This entailed its own set of complexities associated with the time required to align the satellites in orbit. Furthermore,  GPS could only provide the necessary information 19 hours a day. The accuracy radius of the GPS at the time was about 16 m.

The GPS receivers that were used by the ground forces to determine their location came in 3 different types:

Thanks to the constellation of 16 satellites and the use of ground-based GPS receivers, the ground combat stage of Operation Desert Storm lasted just four days. The loss of Iraqi troops, according to various estimates, ranged from 20 to 35 thousand killed and about 100 thousand wounded. But the coalition forces lost only 292 people killed and 766 wounded. Space warfare was many orders of magnitude superior to the obsolete military strategies and slide rules that Iraqi gunners used to adjust their fire.

However, alongside all of the advantages of satellite-assisted warfare, Desert Storm also revealed some shortcomings of satellite navigation systems. First of all, the war showed that weak satellite signals were subject to interference and could be jammed, depriving troops of the eyes they depended upon in an unfamiliar desert area. Jammers for satellite signals have been installed at several important government sites, in particular at the palace of Iraqi President Saddam Hussein. American forces eventually found a solution, and in subsequent military conflicts, laser designators were used to correct missile and air strikes.

For the United States and its allies, it became obvious that, along with advanced satellite systems, it was also essential to develop modern means of anti-satellite warfare, along with measures to protect orbital assets from possible detection and destruction by anti-satellite weapons. We will talk about the most important of them in the next part of this series on the history of military satellites. 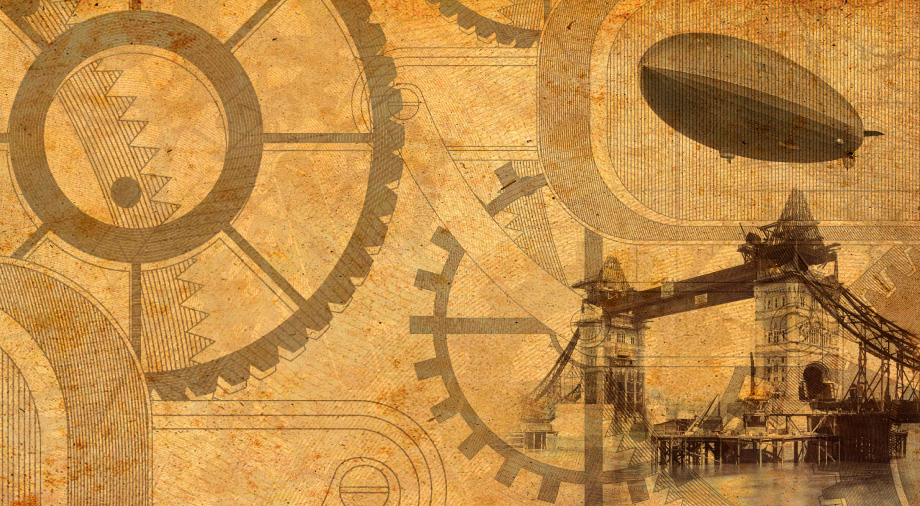 Modern Engineering Innovations: The Submarine and the Steam Engine
Next article 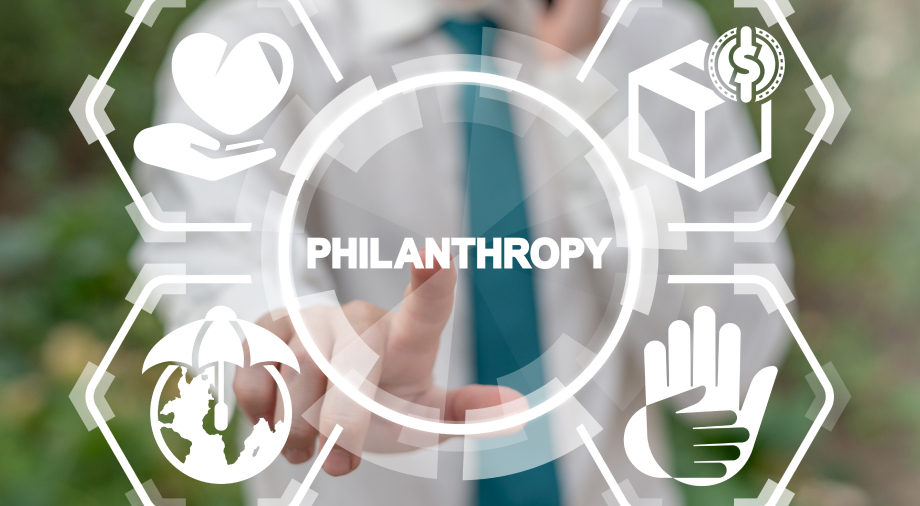