Sustainable Space: What was discussed at World Space Week 2022? This year’s just-concluded World Space Week was timed to coincide with the 65th anniversary of the first artificial earth satellite’s launch. The question of satellites, namely the continuing and uncontrolled growth of the number of satellites in orbit, was particularly acute at the forum. By 2022, the world had a clear understanding that the problem of orbital debris must be solved as fast as possible. Perhaps, that’s why the title of World Space Week 2022 was “Space and Sustainability – some future solutions might be unpopular but will require us to stand our ground.”

What else was discussed during the World Space Week panel discussions? What is the future of the space industry in the coming years? We’ve compiled the most exciting things from last week’s World Space Week 2022.

The importance of stability in orbit

The 17 Sustainable Development Goals (SDGs), including climate change, poverty, hunger, education, and others, can help make space sustainable. Of the 169 tasks required to achieve these ambitious goals, modern space can help to solve 65. Without the space resource, it would be impossible to imagine the activities of 25 UN organizations, the World Bank Group, and many other agencies working to improve living standards on Earth.

Sustainability can be interpreted in the context of financial development because it is the smooth and controlled growth, which, for many reasons, is not always typical of the New Space industry, that guarantees a stable investment climate in the industry. This is facilitated by the active saturation of the space market with new players: young startups ready to make a real revolution in the industry in just a few years of productive work. You don’t have to go far to find examples: European space startups like Rocket Factory Augsburg, Skyrora, and Isar Aerospace, which appeared not so long ago, are already announcing the release of their launch vehicles in the second half of 2023.

The US is not slowing down, either. Thus, the American company Sierra Nevada Corporation is ready to offer its Dream Chaser spacecraft to UN member states to carry out future orbital missions and conduct new scientific experiments in zero-gravity conditions.

Firefly Aerospace is also ready to make its contribution, which on Oct. 1 successfully conducted a second test launch of its Alpha rocket, capable of carrying up to 1,170 kg of payloads to low earth orbit (LEO) and 745 kilograms of cargo to the sun-synchronous orbit. Along with the increasing number of missions, particularly programs for lunar exploration, it’s on the shoulders of companies like Firefly Aerospace, Rocket Factory Augsburg, Skyrora, and Isar Aerospace that tons of cargo and scientific equipment will be delivered to the moon once again.

Along with the breakthroughs of the aerospace industry, much attention was paid to the upcoming space challenges, namely, the increasing amount of space debris in orbit, the risks of anti-satellite weapons (ASATs), and planetary security threats posed by asteroids.

The plans of many nations worldwide to orbit their Starlink-type satellite constellations could seriously complicate star observing for observatories on Earth. This is evidenced by a study dating back to 2020 that analyzed data from the European Southern Observatory’s (ESO) two major telescopes: Very Large Telescope (VST) and Extremely Large Telescope (ELT). Two years ago, a group of researchers characterized the impact of constellation satellites on the observation carried out from Earth as “moderate.” Over the years, the number of satellites in orbit has increased significantly, and the situation has obviously worsened. In 2020, the presence of satellites could be seen in about 3% of all images taken at a shutter speed of 16 minutes or more. The situation can be positively affected by the presence of the new James Webb space telescope, successfully launched this year. Still, such devices cannot be maintained remotely like ground-based telescopes.

Despite being unpleasant, the inconvenience to astronomers and deep-space observatories is still not the most severe problem satellite constellations can cause. The prospect of a satellite collision in orbit could be much more dangerous since debris from such accidents could seriously threaten other spacecraft and even the permanently inhabited ISS.

Another factor increasing the presence of space debris in orbit is the testing of anti-satellite weapons, now possessed by several countries, including Russia, China, and the United States. Recognizing the dangers of ground-to-space missiles, the US launched a private initiative this year to renounce the usage of ASAT weapons in Earth orbit. However, growing tensions and disagreements between the US, China, and Russia raise doubts that others will follow the Americans’ lead.

There were 3,464 events during the past World Space Week, and a full list of the events can be found on the official World Space Week website. In the program of many participating countries, visitors could see concerns about climate change and space monitoring of climate change, the need to develop standard rules of conduct in orbit and international responsibility for destructive behavior of states in space, as well as the problem of extra-terrestrial resource extraction.

A confident look into the future

2022 was undoubtedly a turning point for the space industry. For many reasons, due to Russia’s full-scale war against Ukraine. Climate change monitoring satellites quickly reoriented, offering Ukraine and its defenders a unique resource for finding and destroying the occupier’s equipment and ammunition depots. Still, any war is followed by peace, which promises to be rather versatile and interesting in the context of space.

The ambitions of a number of European space startups and the construction of new private spaceports in the UK are certainly pushing European space forward. The recently concluded agreements between ESA and NASA will only contribute to the sustainability of space development on both sides of the ocean.

World Space Week is the most significant event in the world of space, and there is no doubt it will be this way in the coming years, full of new space missions, launches, and tech breakthroughs. See you at the next World Space Week! The development of modern scientific thought: empiricism, mechanics, and gravity
Next article 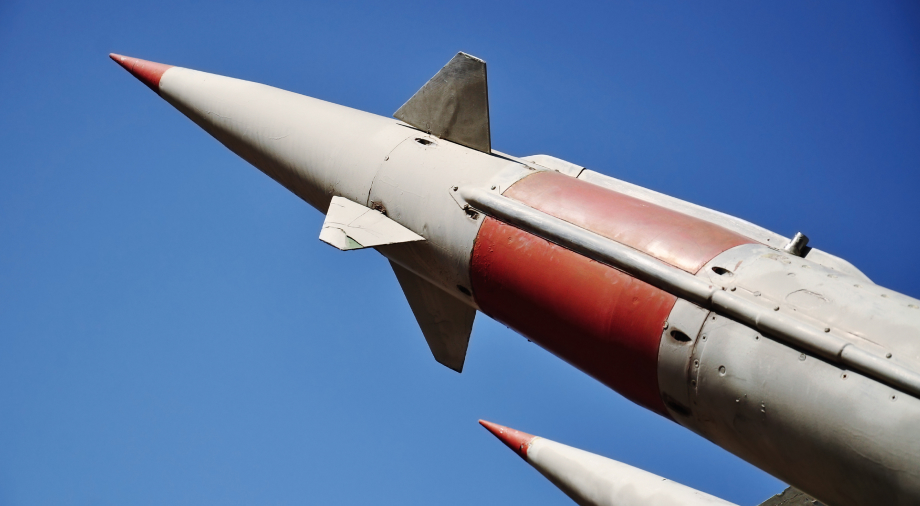 The development of rocket weapons: How rocket artillery changed the face of war