ESA and Ukraine: How Can Ukrainian Space Help European Space? 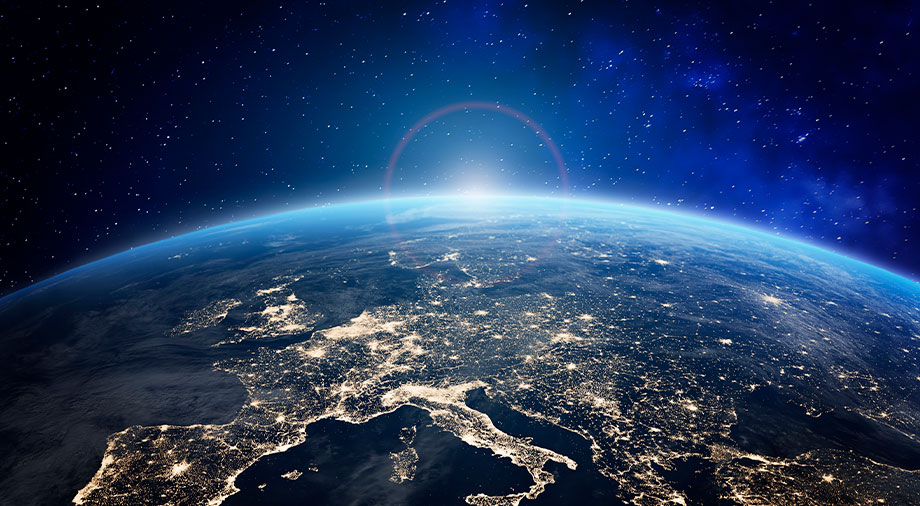 When performing at the 37th Space Symposium panel on April 6, Josef Aschbacher, chief executive of the European Space Agency (ESA), replied quite modestly to the request of the Ukrainian government to join the ESA, “This is a critical decision, and it cannot be made quickly.”

Nevertheless, the speed of the decision-making process now is really important for the ESA as Europeans already stayed without a number of Russian rockets and components for their space missions. Perhaps, it is the Ukrainian space sector that has the necessary resources to meet these needs.

ExoMars on other rockets

The final shutdown of cooperation between ESA and Russia in the ExoMars mission was announced on March 17, 2022. The Russian Proton will no longer be used as a launch vehicle to deliver the European rover to the Moon. The Russian landing platform will also have to be replaced, as well as some Russian-made navigational components.

Aschbacher stressed that the termination of work with Roscosmos was not an easy decision for ESA, as the rover was in the final stage of preparation, and engineers and scientists spent years of hard work on its development. Nevertheless, the principles of respect for international law and solidarity with the people of Ukraine were more important than the effort. That’s why the cooperation project was terminated.

“Proton was not the only Russian rocket that ESA was planning to use in its missions. At the end of February, they learned about Roscosmos’ unilateral refusal to launch two French Galileo navigation satellites that were supposed to be launched from the French spaceport in French Guiana. This time, the Russian rocket “Soyuz ST-B” of medium lifting capacity was under question.

ESA has already started to consider possible alternatives to Russian rockets. Ariane 6 and Vega-C rockets are the most suitable analogs. Ariane 6 has already scheduled several launches for this year. Their success will determine the further prospects of using the rocket.

In addition to participation in the development of missile components, Ukraine can help Europe with the design and construction of new missiles. The country has the experience of Ukrainian entrepreneurs, such as Max Polyakov, who successfully launched the company called Firefly Aerospace, whose rockets are currently flight tested.

In addition to design expertise, Polyakov’s space companies have a significant human resource in the form of space industry experts and engineers, as well as scientific hubs located in Ukraine and abroad.

Max Polyakov’s companies, EOS SAR and EOS Data Analytics, are responsible for the development and launch of artificial Earth monitoring satellites, including synthetic aperture radar satellites. Perhaps, it is the Ukrainian entrepreneur’s companies that may help Europeans to implement their lunar program, which was folded after the freezing of all ties between ESA and Roskosmos.

Lunar Resurs is the original ESA mission developed in cooperation with Roscosmos to land a lunar module on the lunar surface, particularly using the PILOT navigation system. To process the data, the PILOT navigation system will use a lidar sensor to laser scan the lunar landscape. The scanned lunar surface data will be processed by machine learning (ML) algorithms, which will allow the system to scan and compare the captured landscape images with those uploaded to the database. PILOT will be able to self-learn, constantly improving its knowledge regarding selecting the safest landing zones.

Another part of the Lunar Resurs mission was to use the European lunar drill PROSPECT to take lunar soil samples. Inside the module, there is a ProSPA chemistry lab, which will analyze the samples provided and heat them, releasing volatile components that the lunar rock contains. The module will then heat these volatile compounds to 1000℃ and use a thermochemical reaction to extract other components, including oxygen. The PROSPECT mission could investigate the potential extraction of resources from the Moon, in particular, those necessary to sustain employees on future lunar orbital stations.

The PILOT system and the PROSPECT module were supposed to be installed on the lunar lander Luna-25 (and later Luna-27) produced by Russia. However, now ESA has to find an alternative to the landing module. Perhaps, the experience of Ukraine in lunar programs of the past can help them.

The question is about a possible modification of the Soviet development for the lunar program – the lunar landing module, designed under the designer Korolev in the 60s of the last century. The manned lunar landing module included six propulsion stages, including Block-E, a rocket propulsion unit developed at Dnieper Yuzhmash. The Block-E served as a course correction engine, with which the lunar platform could maneuver during its step-by-step descent to the surface of the satellite.

Today, Dnepr may revive its experience in developing propulsion stages for lunar landing modules, specifically on the basis of new ion engines developed by a number of Ukrainian space companies.

The Ukrainian company Space Electric Thruster Systems (SETS), with its head office in Dnepr, has been successfully developing new types of ion engines for spacecraft orbit correction for more than six years so far.

The main focus of SETS is to provide cost-effective low-power engines for low-orbit telecommunications constellations of satellites. A number of European Internet service providers are interested in SETS activities, as well as the Ariane Group, responsible for the production of Ariane rockets.

More economical and lighter ion engines can significantly extend the life of satellites and directly affect the reduction of space debris in orbit.

Why is Ukraine important to ESA?

Even now, Ukraine has the necessary tech ground to become an advanced space hub of Europe in the future. The main reason is not the production potential alone, but people who can generate the conditions to create it.

Both Ukraine and ESA shall be interested in cooperation because even today, Europeans have had to say goodbye to many specialists from Russia and stop buying Russian space goods. Perhaps, just the entrepreneurs like Max Polyakov, who understand the concept of New Space well, may find the necessary human resources to fill this niche.

Ukraine’s advanced technological base and expertise in new types of ion engines could also lead to long-term contracts in producing such units and launchers. Today ESA is interested in financing space components produced in Europe. It is Ukraine (as its future part) that can provide the most favorable conditions to stimulate future investments in production.

This war will not last forever. Once it is over, the Ukrainian space will have every chance to take place in the ESA it deserves. Still, for this to happen in the future, Europe needs to help unlock Ukraine’s potential now. 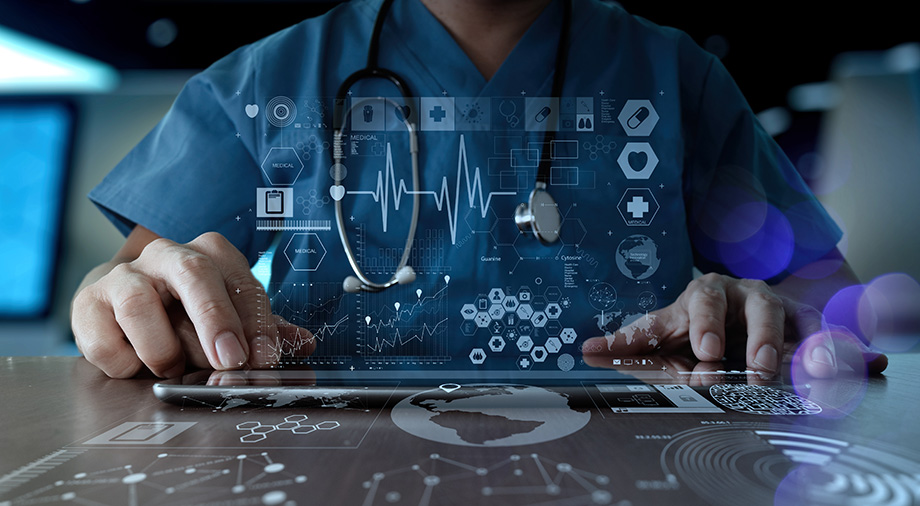 How It Works: Microbiology and the Genetically Engineered Tech of the Future
Next article 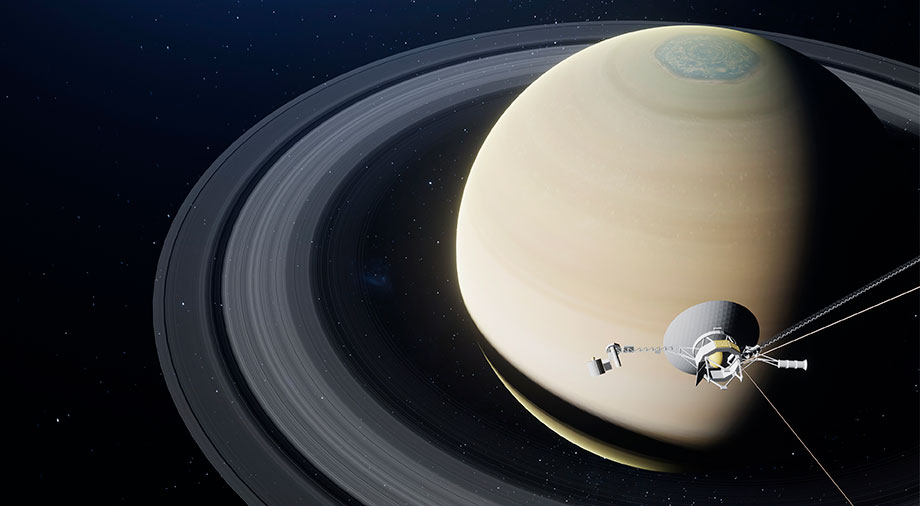 The Mystery of Voyager’s Location: How Communication Works in the Deep Space