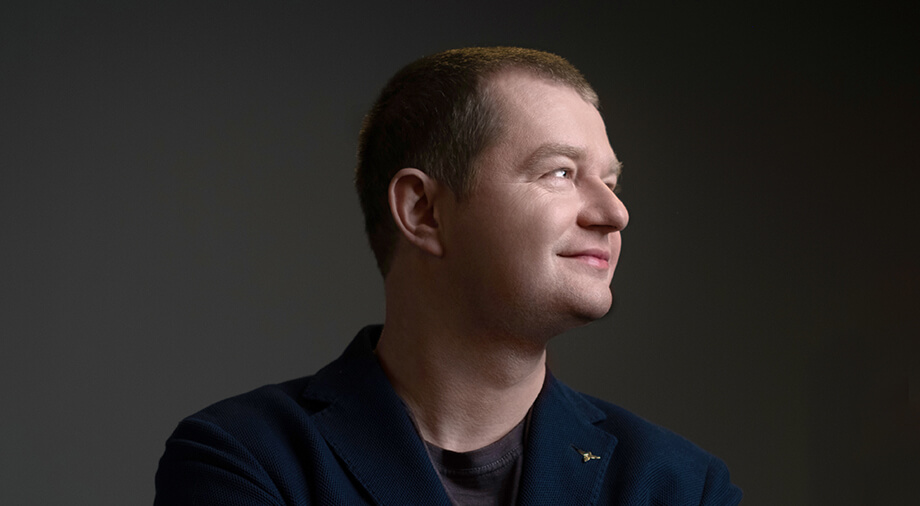 Max Polyakov, managing partner of Noosphere Ventures Investment Fund is one of the entrepreneurs to watch in the space sector. Recently, Via Satellite did an interview with Polyakov to talk about his ambitions for Earth Observation Data Analytics (EOSDA), which plans to launch seven optical satellites into Low-Earth Orbit (LEO) by 2024 to monitor agriculture, forestry, and more.

Then, Polyakov announced he is acquiring a majority stake in Dragonfly Aerospace, a South African New Space company that manufactures high-performance imaging satellites and payloads. The company has been a success story in the South African space industry. This adds Dragonfly Aerospace to an ecosystem that includes launch provider Firefly Aerospace, EOSDA, and SETS, a space electric thruster systems firm — all part of the Noosphere Ventures portfolio of companies.

In a new interview, Via Satellite talks to Polyakov about why he decided to invest in Dragonfly Aerospace and what this company brings to his array of space assets.

VIA SATELLITE: Why did you decide to acquire South African space company Dragonfly Aerospace?

Polyakov: You don’t buy anything without confidence in the product. The Dragonfly team proved themselves extremely well during their cooperation on EOS Data Analytics projects, and I saw their expertise firsthand. They have over 20 years of experience building imaging satellites and payloads, especially in the high-resolution segment. This acquisition cements Dragonfly Aerospace’s status as a critical component of the vertically integrated space ecosystem that we are building.

VIA SATELLITE: What unique capabilities does Dragonfly bring to the portfolio?

Polyakov: Dragonfly’s advanced imaging technology provides high quality images in a wide range of spectrums and resolutions critical for monitoring the health of the planet and enabling intelligent agriculture that helps sustain biodiversity as an example. Dragonfly’s capabilities have exciting business applications, but they can also be used to help alleviate some of mankind’s biggest challenges, like climate change.

VIA SATELLITE: How will you incorporate Dragonfly Aerospace into your portfolio of space assets? How does it fit with Firefly Aerospace, for example?

Polyakov: It is a perfect fit. We are investing in a wide range of streamlined space technology companies throughout the value chain: launch vehicles, payloads, propulsion technology, in-orbit servicing, data analysis, and R&D.

So, all the pieces of the puzzle are coming together – we are building a vertically integrated and scalable space infrastructure with broad control over space logistics, Earth Observation [EO] from satellites, communications, ground stations, and complex data analytics. Dragonfly – like Firefly Aerospace – is an important component of this strategy.

VIA SATELLITE: How do you view the potential of small satellites? Is the satellite world moving completely in this direction?

Polyakov: Small satellites have been embraced by the commercial and civil space communities faster than we’ve seen their employment in national security space. Large legacy satellites continue to be the mainstay in that category, but the trend is rapidly shifting. The Space Development Agency’s disaggregated small satellite architectures, with their low latency response to terrestrial threats will prove themselves to the warfighter. In the near term, large satellites will continue to be the backbone of national security space, but as the SDA “layers’ mature and prove their value, there will be a more balanced operational mix of small to large satellites as we are seeing in the commercial and civil space mission areas.

On the launch side, the small satellite market has been underserved for some time. Firefly Aerospace is focused on providing competitively priced, light payload launch vehicles for the small satellite market, where secondary payload launches are often the only option. We believe that there are exciting opportunities in this market. In particular, satellite manufacturing revenues have grown by 10% this year already; much faster than what we were seeing only seven years ago.

Moving forward, smallsats will enable less-capitalized players – small companies, emerging economies – to have their own space presence, and so we believe that today’s space companies will be incentivized to find more cost-effective solutions. Firefly is standing right on the cusp of that world.

VIA SATELLITE: With the growing numbers of small satellites in orbit, what are your thoughts about space debris? Is this the big challenge facing the space sector as we enter this new era?

Polyakov: Space debris is a huge problem, and we’ve focused on it repeatedly throughout our messaging, trying to bring awareness to this issue and to our efforts to eliminate the problem. In fact, our company Space Electric Thruster Systems, or SETS, is producing nontoxic electric propulsion systems that will enable satellites to deorbit in a cost-effective manner. Newer satellites using SETS technology won’t contribute to the space debris problem any longer.

VIA SATELLITE: Are you on the lookout for further acquisitions to bring more capabilities under one roof?

Polyakov: Working closely with other industry players and sharing expertise are essential to developing customer-oriented businesses, as well as finding solutions that add value in the space industry. Whether that comes in the form of acquisitions, joint ventures or simply cooperation within the industry, we are open to doing our part in advancing the small space ecosystem.

VIA SATELLITE: What are your plans in terms of building a roadmap of space assets?

Polyakov: It’s been a mantra of mine since we started this venture: space technology should help make life on Earth better. We’re not just looking for commercial success; we want to build an economy that will serve future generations. To do that, we have developed a two-pronged strategy: achieving a vertically integrated and scalable space industry with broad control over space logistics, Earth Observation from satellites, communications, ground stations, and complex data analytics; and cooperating with other industry players to develop customer-oriented businesses and find solutions for the benefit of humanity as a whole. Not only will that lower costs for customers looking for integrated solutions, but it will also advance the Noosphere concept as a way of thinking, and spread those values even further into the industry.

VIA SATELLITE: Finally, what does the rest of 2021 look like as you look to make these space ambitions a reality?

Polyakov: These are extremely good times for Noosphere Ventures companies. Firefly has closed its series A of investment and is our first unicorn, being valued at over $1 billion and with plans to become a multi-billion dollar company by the end of the year. Firefly is also aiming to launch Alpha in the coming months. We are also working towards placing our first satellite constellation into orbit in 2022. There are a great number of big deals coming too, which I can’t disclose yet. But I can say with full confidence that 2021 is indeed a breakthrough year for us. 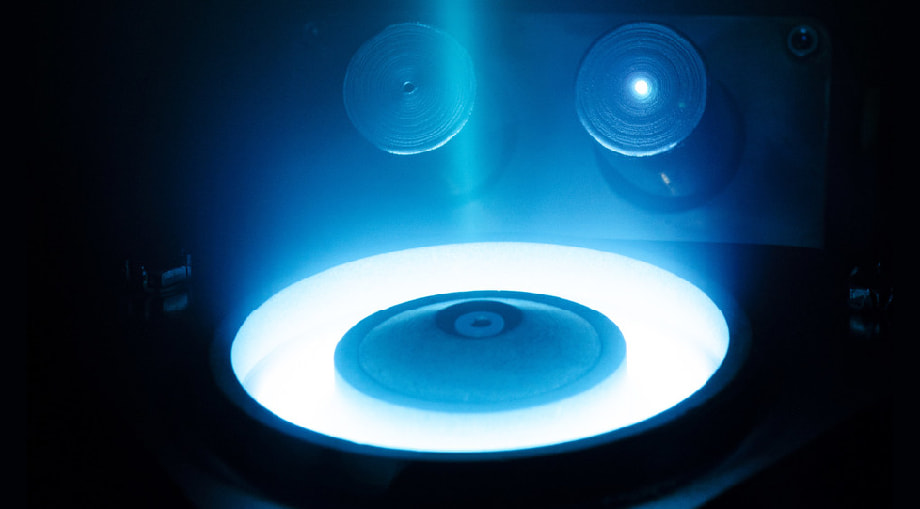 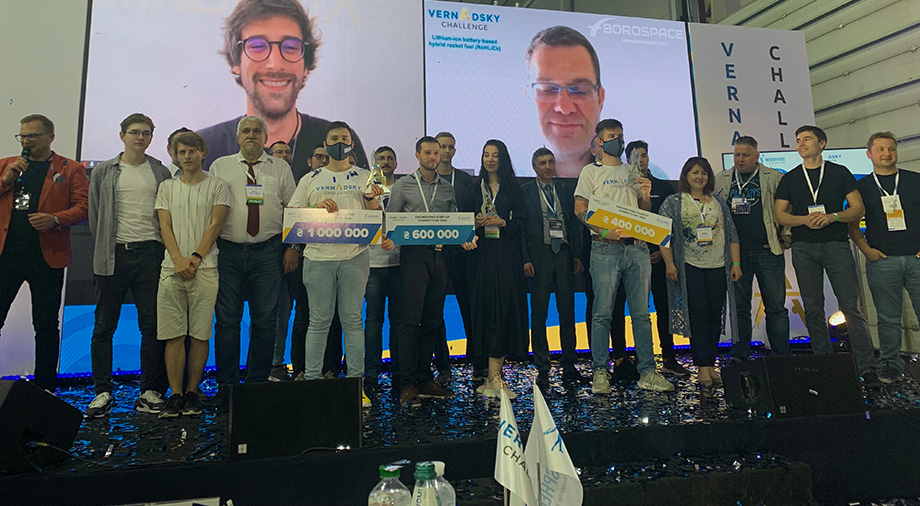