A lake on Mars, exoplanets, and the study of new lunar rock samples of lunar rocks: The most important astronomical discoveries in 2021 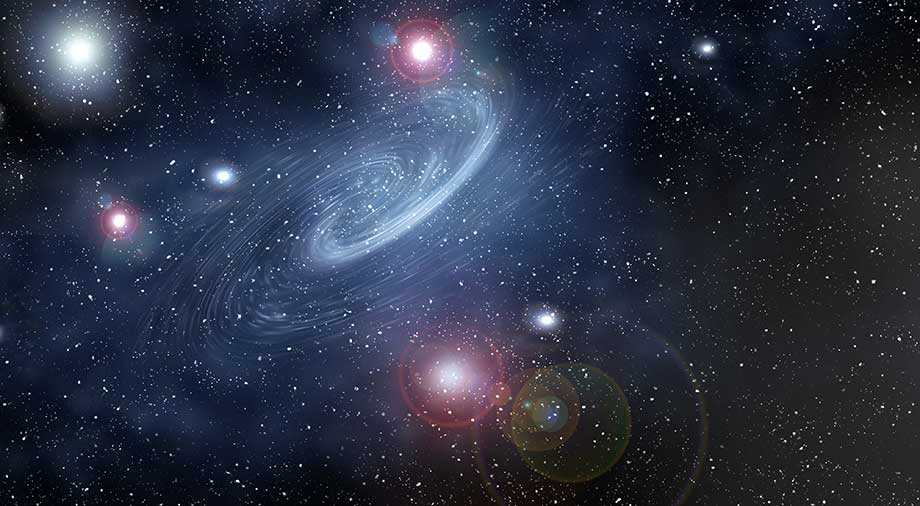 In the past year, scientists have made several hundred astronomical discoveries. The Max Polyakov Space Blog has assembled an overview of the most important among them.

Prawn Nebula, an “Einstein Ring,” and water vapor on Europa: discoveries made by the Hubble space telescope

The Prawn Nebula, also known as IC 4628, is an emission nebula, which is an  expanse of space filled with gas and dark dust clouds.

The nebula is located 6,000 light-years from Earth in the constellation Scorpio. Nebulae like IC 4628 are formed by massive stellar explosions.

Stretching 250 light-years across, IC 4628 is believed to be a sort of massive stellar nursery where new stars are born.

Due to the type of light coming from the nebula, it can only be seen by a powerful orbiting telescope like the Hubble.

This picture shows an “Einstein Ring.” This is what astronomers call an image of a light source, like a galaxy or a star, which is warped into a ring shape by a nearby object with a very large mass.

These rings occur when light emitted by a distant object enters the funnel of a black hole. This happens if, for example, a black hole is located between the observer and a distant star or galaxy. The black hole, in turn, draws in the light and traps it. Because of this, what we see of the galaxy appears larger. It looks like a distant object getting closer. Scientists call this effect gravitational lensing, and it in turn allows astronomers to observe distant galaxies.
This image taken by the Hubble Orbiting Telescope shows two galaxies that are approximately 3.4 billion light-years from Earth. They are distorting and deflecting light from an even more distant galaxy.

The four largest moons of Jupiter are Io, Europa, Ganymede, and Callisto. All of them are quite bright and rotate in orbits quite distant from the planet, which makes them visible from Earth with the use of special equipment.

Europa is designated as an “icy moon” due to its extremely low temperatures, averaging -160 °C. Europa is mainly composed of silicate rock and has a crust of ice sheet with few craters. It’s also worth noting that Europa’s atmosphere is composed mostly of oxygen.

Scientists believe that under Europa’s ice crust, there may be a global ocean containing much more water than there is on Earth. This suggests that there could possibly be life there.

Researchers at the Royal Institute of Technology in Stockholm, Sweden have examined archival ultraviolet images of Europa taken by the Hubble Telescope using a spectrograph from 1999 to 2015.

This study showed significant amounts of water vapor in the rear hemisphere of Europa. They also found that this water vapor appeared to remain in the atmosphere for a long time, in contrast to short-term plumes. This is something scientists cannot yet explain, given the low temperatures on the satellite.
Clues to this phenomenon could expand our understanding of the atmospheric structure of icy moons, and help plan for scientific missions to investigate Europa for signs of life.

The world’s most famous orbital telescope, Hubble, captured a “celestial eye” – a galaxy with an incredibly active nucleus that resembles an eye.

The object was named NGC 5728. It is located 130 million light-years from Earth in the constellation Libra.

NGC 5728 belongs to a unique cosmic category of galaxies called Seyfert galaxies by virtue of its active core, which glows brightly from the gas and dust that is scattered around its central black hole. In many galaxies, the core is so bright that it blots out the rest of the galaxy in the visible and infrared spectrum, but Seyfert galaxies have a perfect balance of the core being bright enough for astronomers to see, but not so bright that it obscures the rest of its structure.

Scientists captured a snapshot of an unusual distant spiral galaxy. The galaxy, named NGC 2276, has a spiral shape like most of those discovered in our universe. However, its particular shape makes it far from ordinary.
The galaxy is located in the constellation Cepheus, which is about 120 million light-years from the sun. In a wide-angle image taken by the Hubble telescope, it can be seen along with its smaller neighbor NGC 2300. What makes NGC 2276 so interesting is that the gravitational pull of its neighboring galaxy has changed its spiral structure into a warped, lopsided shape. This earned it a spot in the Atlas of Peculiar Galaxies.

An underworld map, a new rover and helicopter, and a lake and river: scientific discoveries in the exploration of Mars

A lake and river delta on the Red Planet

The NASA rover Perseverance successfully landed on the surface of Mars in February 2021 in the region of the crater Jezero. The crater’s name comes from that of a town in Bosnia, which itself means “lake.” Thus, the crater received its name because scientists thought that it might have at one point been the location of a lake.

One of the tasks of the rover was to search for evidence to assess this hypothesis. After landing, the device carried it out successfully. It took pictures of the surface, which confirmed the existence of the lake at this place in the past, as well as a river delta. This delta, like those on earth, has geographic features formed from sedimentary deposits.

The Perseverance rover found these features while carrying out surveys scouting for biosignatures, or signs of life in the past. In addition, the rover will continue during its mission to search for soil, rocks, and geological features that may show that Mars was capable of supporting life in order to deliver them back to Earth over time for further research.

Perseverance will work together with a helicopter robot called Ingenuity, a reconnaissance drone for exploring the surface of Mars. It will help reconnoiter places from the air for Perseverance to explore on the ground.

Map of the Martian underworld

Scientists involved in the exploration of the Red Planet were able to make the first ever map of Mars’ underground. They were helped with this by NASA’s InSight lander, which has been working on the surface of Mars since the fall of 2018 to study the planet’s internal structure and composition.

The InSight lander uses technology which has already been applied on Earth to characterize earthquake-prone locations and to study underground structure. This method is based on sensing vibrations from the environment. For example, there are seas, oceans and winds on Earth that cause the surface to resonate in certain ways. These vibrations spread deep into the center of the planet and can be registered with sensitive instruments.

This technology has allowed scientists, led by Swiss geophysicists, to use instruments on the InSight lander to look directly below the planet’s surface and explore what lies up to 200 meters beneath.

Researchers have designed a map of the discoveries of Mars’s underground structures to shed light on the last several billion years of the planet’s evolution. It shows thick deposits of solidified lava, which are covered with a layer of sandy regolith up to 3 m thick.

In the future, scientists would like to continue exploring Mars in order to look into the deeper layers of the planet.

Curiosity has been operating on the surface of Mars since 2012 and is exploring the Gale Crater, which has some very interesting geology as a result of its location at the meeting of clay-rich and sulfate-rich rock layers. Sulfates can be left behind by moving water, so studying these sulfate-containing layers could help us learn more about the planet’s past.

As it rolled along, Curiosity spotted a small, 16.5 cm rock formation in the Gale Crater in the shape of a lizard.

Curiosity is now heading towards Mount Sharp, making small stops along the way to take pictures of the terrain and analyze the composition of rocks using its ChemCam – a scientific instrument which uses lasers to vaporize tiny pieces of rock and then measures the chemicals and minerals contained in them.

In December 2020, a Chinese lander year collected soil samples from the surface of the Moon. These samples, the first to be collected from the Moon since the US Apollo and Soviet Luna missions in the 1960s and 70s, were brought back to Earth for further research.
However, the samples collected by the Chinese lunar lander are significantly younger than those delivered by the Cold War-era missions. This finding, established by radio-carbon dating of the rocks, helps to prove that the Moon has had volcanic activity much more recently than was previously known. The age of the recently-collected rocks is about 2 billion years, making them about 1 billion years younger than the samples collected by the Luna and Apollo missions.

Huge void in the Milky Way

New scientific research revealed a bubble-shaped, 500 light-year-wide empty space in our galaxy.  It is thought to have been formed after the explosion of a star, and was found  between the star-forming regions in the constellations Perseus and Taurus.

These star-forming clusters made of gas and dust, known as molecular clouds, are believed to have come about as a result of the same supernova, or explosion of a star, when a star reached the end of its life around 10 million years ago.
During a supernova, a star sharply increases its brightness by a factor of 4-8, followed by a relatively slow decay of the flare. Scientists believe the new discovery could shed light on how supernovae generate star formation.

Based on their surveys of data from the VLT (Very Large Telescope, located in the Atacama Desert of northern Chile) from newly-installed technologies, astronomers from the NEAR project of the European Southern Observatory and Breakthrough Watch have identified a possible new planet in the habitable zone the orbit of Alpha Centauri A.

Back in 2016, astronomers identified an Earth-like planet in orbit of Proxima Centauri, a star in the system. This planet was designated Proxima b, and it is special because it is the right distance away from its star to support liquid water, and thus possibly life. However, astronomers are divided on whether it could possibly support life because the star itself is a red dwarf. Unlike our sun, red dwarf stars burn less brightly, meaning that their habitable zones tend to be much closer to the star, which affects their orbits in ways that would make sustaining life very difficult.

The other stars in the Alpha Centauri system, however, are much more like our sun, and this possible new planet would be the right distance away from Alpha Centauri A to be able to support life.

Scientists still have to confirm that what they’ve found is indeed a planet (instead of something like a collection of dust that’s located in the habitable zone). The planet, if it exists, appears to be about the size of Neptune. What really excites scientists is the potential to discover more planets close by, because the presence of one planet often indicates the presence of others.

Two new lakes discovered under the ice of Antarctica

Scientists have discovered two new lakes that are deep under the Antarctic ice. These lakes are part of a system of water bodies hidden 2-4 km below the ice’s surface. The lakes which were found appear to continuously drain and refill themselves. The cycles of this emptying and replenishing of the underground lakes may affect how fast the ice sheet moves, as well as how and where meltwater reaches the Southern Ocean. This flow has the potential to change the currents of this ocean, and possibly affect climate change around the world. The scientific discovery was made as part of the NASA ICESat program, which uses satellite technology to measure ice mass balance, cloud height and land topography. 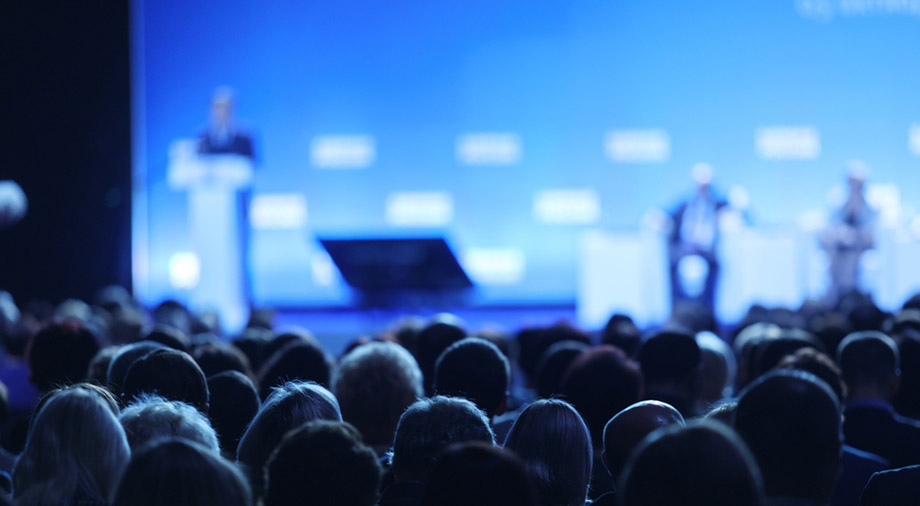 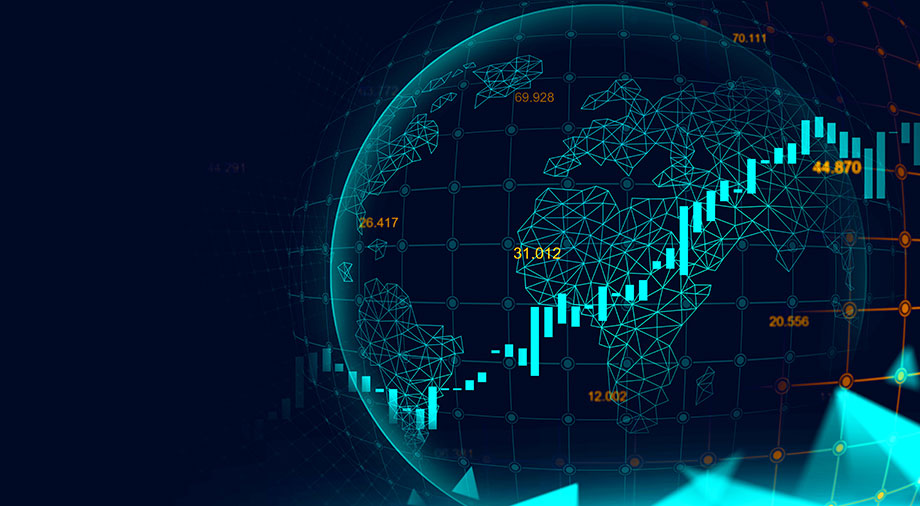