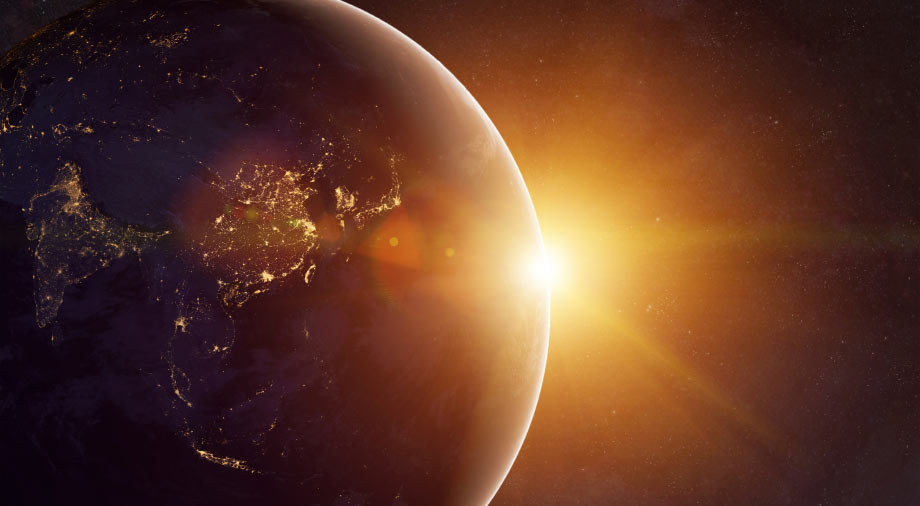 Powering spacecraft is one of the most important challenges directly affecting the success and duration of space missions. In the inner part of our solar system (up to Jupiter’s orbit), this problem is often solved by collecting and converting light or photon radiation from the Sun into electrical energy. Orbiting solar panels and solar batteries installed on satellites and planetary rovers are responsible for this process. These panels power many years of research, allowing the spacecraft to continuously renew their energy resource from the energy of the Sun.

The ability of some materials to generate an electric charge when exposed to sunlight was first described by the French physicist Edmond Becquerel in 1839. Subsequently, in 1873, English electrical engineer Willoughby Smith repeated Becquerel’s experiment, using selenium as a light-absorbing surface.

Observations of converting radiant energy into electrical energy formed the basis for a work called “The Action of Light on Selenium,” published in 1876 by William Grylls Adams and Richard Evans Daye. The first commercial solar panels came eight years later, patented by American Charles Fritts in 1881. Despite the tech innovation, the capacity of the panels was rather small compared to what coal-fired power plants could provide at that time.

Most terrestrial solar panels are based on crystalline silicon cells (c-Si). Solar photons arrive at the solar cell’s surface, knocking out electrons from the silicon atoms, which are then captured by a detector and electrically charged into batteries that accumulate and store this energy.

These silicon cells are combined into modules, which, in turn, make up the solar panel fabric. To generate large amounts of energy, solar panels are combined into solar arrays that make up modern photovoltaic systems (PV systems from PhotoVoltaic-system). Such multi-level integration of absorbing elements into structures can generate large amounts of electricity at the output and even compensate for its shortage in the case of shading and downtime of panels in cloudy weather.

Some PV-systems are equipped with a built-in sun-tracking mechanism, which automatically rotates the solar panels so that the level of radiation absorption is at maximum. The sophisticated yet refined design of PV systems has enabled them to become an excellent alternative for energy production, especially for low-power energy systems, while being environment-friendly and virtually inexhaustible.

The Earth’s atmosphere reflects and scatters a certain fraction of the sun’s incoming radiation. We can observe these optical distortions of light when looking at rainbows or sunset rays. In a cosmic vacuum, these losses would not exist, allowing a significant increase in the amount of energy from direct solar radiation. It was a great idea to power the first spacecraft, and as soon as humanity got close to the beginning of the space age, solar panels were remembered again.

The first solar panels in orbit

With the start of the space race between the USSR and the USA in early 1957, engineers and designers began to consider the opportunity of powering the first satellites with solar energy. Silicon wafers, which Bell Labs developed in 1954, were chosen as the absorbing surface, hoping to use them to power phone repeaters.

The conversion efficiency (radiant energy into electric energy) of the first solar panels based on crystalline silicon cells was roughly 6%, which was not enough to meet the needs of spacecraft. The technology of solar panels started to improve. The first working spacecraft that used sunlight to power its science modules was the American probe Vanguard 1, launched on March 17, 1958.

The success of the Vanguard mission inspired Spectrolab to develop solar panels for the Pioneer 1 spacecraft, which was about to be launched on a lunar orbital trajectory to conduct a series of scientific studies. Despite the failure of that mission due to faulty navigation calculations, Pioneer 1 was a success when it came to power. The next generations of solar panels for powering space equipment developed by Spectrolab were delivered to the Moon as part of the Apollo Lunar Surface Experiments Package (ALSEP) within NASA’s Apollo missions 11,12, 14, 15, 16, and 17.

During the astronauts’ journey to the lunar surface, silicon solar panels provided power for a number of experiments, particularly the seismic one. It enabled the astronauts to study the vibrations of the lunar crust and deliver data that formed an understanding of the composition, density, and structure of our satellite to Earth.

The conversion efficiency of solar panels equipped with crystalline silicon elements achieved its maximum in the 1970s when their efficiency was approximately 12%. It was physically impossible to squeeze more out of silicon crystals. Space designers and engineers realized that future, large-scale space missions would require more powerful PV systems. The result of research in this direction was the appearance of semiconductor cells consisting of gallium arsenide (GaAs). The material nearly tripled the conversion efficiency of solar radiation into electricity compared to silicon photovoltaic cells, raising that figure to almost 30%. Nowadays, the vast majority of solar power satellites are equipped with solar panels with honeycomb cells made of this material.

The high efficiency of solar panels based on gallium arsenide enabled NASA to carry out the mission to launch the Juno spacecraft to Jupiter. The probe was launched on August 5, 2011, as part of the New Horizons program. Juno orbited the gas giant in early July 2016.

The spacecraft’s solar panels are three identical absorptive blades, each nine meters long, that house 18,698 solar cells, covering an area of 60 sq. m. The total weight of the entire solar panel array is 340 kg (around 749lb). Such a large volume of the absorbing surface is necessary because, in Jupiter’s orbit, the intensity of solar radiation is only 4% of that on Earth’s orbit.

To date, Juno is the most distant man-made spacecraft from Earth, whose systems are powered exclusively by solar energy.

In more than six years of work, Juno has taken many beautiful photos of Jupiter and completed dozens of scientific experiments. In particular, it has investigated the planet’s magnetic poles and spectrochemical analysis of Jupiter’s poles, revealing the presence of hydrogen, oxygen, lithium, and sulfur ions in its atmosphere.

Solar panels that use semiconductor gallium arsenide photovoltaic cells were installed not only on satellites but also on robotic planetary rovers. For example, they powered a pair of twin Mars rovers, Opportunity and Spirit, which descended to the surface of the Red Planet in January 2004.

The solar panels installed on the rovers allowed them to generate up to 140 watts of power, which was enough to provide the movement needs of the vehicle (the rover spent only 100 watts on this). It is worth noting that solar panels were not the only source of power on Opportunity. The cold Martian nights, with temperatures dropping as low as -100°C from time to time, required a nighttime heating system for the solar panels, as their temperature had to stay below -20°C. As a result, Opportunity and Spirit had electric heaters powered by the nuclear fuel plutonium-238.

The Mars rover Spirit got stuck in the rocky soil of the Red Planet in 2009 and was shut down in 2010, while its twin brother kept on working for more than 5,000 days and completed its mission only in 2018. Competent usage of solar power, combined with nuclear-powered electric heaters, allowed Opportunity to increase its estimated lifespan by 57 times.

Future developments in orbital solar panels and batteries are believed to assist spacecraft with extending their operational lifetime. In addition, new ultra-light and ultra-thin materials used as semiconductor photovoltaic cells will make it possible to capture sunlight well beyond Jupiter’s orbit.

The future of solar power satellites: further, lighter, and thinner

The solar panels installed and launched on Juno 12 years ago were designed in 2005 and are no longer the most advanced development in the field of powering spacecraft. The new generation of solar panels now being commissioned will be able to launch spacecraft powered by them all the way to Saturn’s orbit, where the intensity of the Sun’s radiation is only 1.1% of Earth’s.

At the same time, companies involved in the development of new orbital solar panels are constantly increasing the absorption capacity of photovoltaic cells and making them lighter and thinner, which plays a significant role in the context of the high cost of launching payloads into orbit. In 2020, ESA unveiled its new absorptive photocells, which are only 0.02 mm thick. That innovation, Bendy, was the joint brainchild of the German Azur Space Solar Power and the Dutch tf2.

ESA’s Bendy solar cells have all chances to become the perfect solution for the nanosatellites that have been orbiting with increasing frequency in recent years and can fully meet the energy needs of high-altitude stratostats.

Solar panels used on spacecraft are among the safest, unlike nuclear and radioisotope, and most environment-friendly ways to generate renewable solar energy. The versatility of the technology, along with the gradual drop in the price of new types of energy-efficient solar panels, has forced space agencies and private companies to think seriously about integrating orbital photovoltaic systems into the new energy industry. In the next article, we will discuss options for orbital solar power plants that the world’s leading space agencies are considering today. 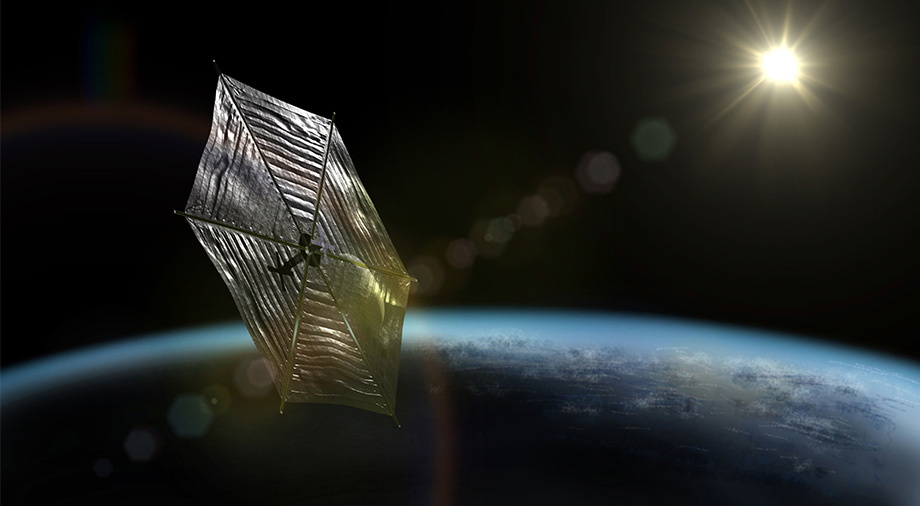