What is the Artemis Program?

On July 20, 1969, humankind achieved a breakthrough in space exploration: Astronauts Neil Armstrong and Buzz Aldrin became the first people to walk on the surface of the Moon.

From 1969 to 1972, astronauts from the U.S. National Air and Space Administration (NASA), responsible for space research, landed on our planet’s natural satellite five more times.

Gene Cernan, one of the last astronauts to visit the Moon under the auspices of NASA’s Apollo Program, commented at the time that “We leave as we came, and, God willing, we shall return, with peace and hope for all mankind.”

Thanks to NASA’s new Artemis program, humans may soon once more walk on the lunar surface.

Origins of the the Artemis Program

Artemis is a NASA program aimed at sending astronauts to the south pole of the Moon by 2024.

The program is named after the Greek goddess of the hunt, nature, wild animals, chastity, and the Moon. Artemis, in Greek mythology, was Apollo’s sister – Apollo being NASA’s first manned Moon mission, as well as the titular god of the Sun, light, bows, music, and dance. The Apollo missions had a total of six successful Moon landings.

“Artemis” is closely related to the previous project, but at the same time, has its differences. Previously, all Apollo participants were men. Artemis, meanwhile, will have eighteen astronauts from different age categories, with half of them – women.

All of the astronauts chosen for the Artemis missions went through a selection process that includes the following condition: “We’re looking for talented men and women from diverse backgrounds and every walk of life to join us in this new era of human exploration that begins with the Artemis program to the Moon. If you have always dreamed of being an astronaut, apply now.”

Another big difference is where the crews will disembark. Previous missions traveled to the highlands and darker plains, or lunar seas. In particular, Apollo missions brought astronauts to the Mare Tranquillitatis or Sea of Tranquility, a flat area with several boulders and craters that was once considered a lunar ocean, the Oceanus Procellarum or Ocean of Storms, which is considered an impact basin, and others. The crews of the first Artemis missions will visit parts of the moon where humans have yet to walk – the lunar South Pole, where there is water ice and constantly shaded areas around it. There are also craters in this part of the Moon, which are unique because the almost constant sunlight blanketing the satellite does not reach their inner parts. These craters are cold traps, containing traces of hydrogen and other volatile elements dating from the early solar system.

The pole, as a landing zone for Artemis, wasn’t chosen randomly. As the axis of the Moon’s rotation is almost perpendicular to the ecliptic, there are areas along its poles that are illuminated almost constantly, as well as places completely untouched by the Sun’s light. These constantly lit zones would be the perfect place to install solar panels to power a lunar base, while the zones in perpetual twilight feature surface-level water ice – the easiest form of water on the Moon to obtain and use.

The Artemis program has short-term, medium-term, and long-term goals, the first of which is to land the first male and female astronauts on the Moon’s south pole by 2024. The medium-term goals are even more ambitious: those space missions will be focused on exploring the Moon more thoroughly.

The goals of the Artemis program are:

1. Gender equality – NASA’s main aim here is to land the first woman, and the next man, onto the lunar surface.

2. Technological development – the rockets, spacesuits, and other equipment for this manned flight program are being created to enable future missions to travel to deep space.

3. Partnership relations – the Artemis program is one of the first cooperative projects involving multiple countries and even commercial companies, such as Firefly Aerospace, Blue Origin, SpaceX, and other space agencies.

4. Long-term survival in space – the last Apollo crew spent three days on the Moon. Artemis plans to build a base to allow astronauts to stay there up to a week, and, possibly, even up to a month.

5. Resource determination – scientists are looking to search for water and potential deposits of rare minerals, which would open up prospects for both scientific and economic research and exploitation.

The goals of the Apollo program were different. Apollo’s technology was aimed at fulfilling strategic national interests in space, proving the superiority of the United States in space, scientific research of the moon, and developing human ability to work in the lunar environment.

Achieving Artemis’ long-term goals will require the capabilities, technology and research developed during lunar travel and landings. As part of the Artemis program, NASA eventually intends to launch a future manned mission to Mars. NASA’s ambitious Moon-Mars plan involves the construction of a new space station in lunar orbit, and ultimately a habitable lunar base.

Participants of the Artemis program

NASA is in charge of implementing the program, along with U.S. space flight contractors, and in partnership with space agencies from other countries.

One example is in food safety – when making the first food packets for astronauts in space, NASA realized that the food industry’s standard for randomly testing end products did not meet the agency’s stringent safety requirements. To address this issue, a major food manufacturer partnered with NASA to create the Hazard Analysis and Critical Control Point (HACCP) concept, focusing on every point in the production and distribution process where risks can arise. This standard is now used by food manufacturers around the world.

Another widely-used invention are light-emitting diodes, or LEDs. LEDs were first created to help astronauts avoid sleep deprivation, but over time, have been adapted for home use.

Space exploration has also led to the development of a special foam that takes the shape of the human body to absorb impacts, which in turn provides better protection and comfort during flights. The technology was not only useful to astronauts in space, but also in everyday life. The foam has become the basis for pillows and mattresses due to its qualities. It perfectly supports the spine, yet is hypoallergenic.

In the future, thanks to the Artemis program, outer space may become a hub, a place for scientific discoveries and inventions. The Moon may eventually even turn into a site for human colonies, letting humankind avoid natural catastrophes that threaten the Earth. 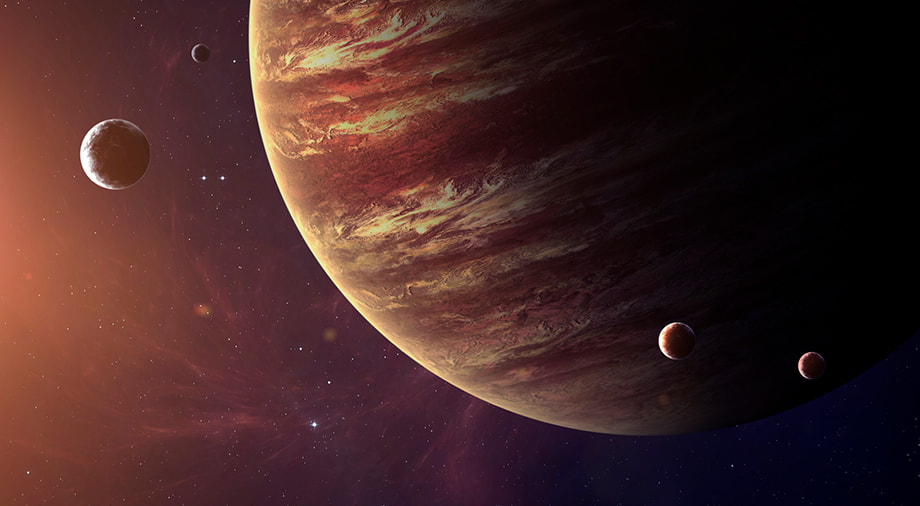 Colonization of space: Living Outside of Earth