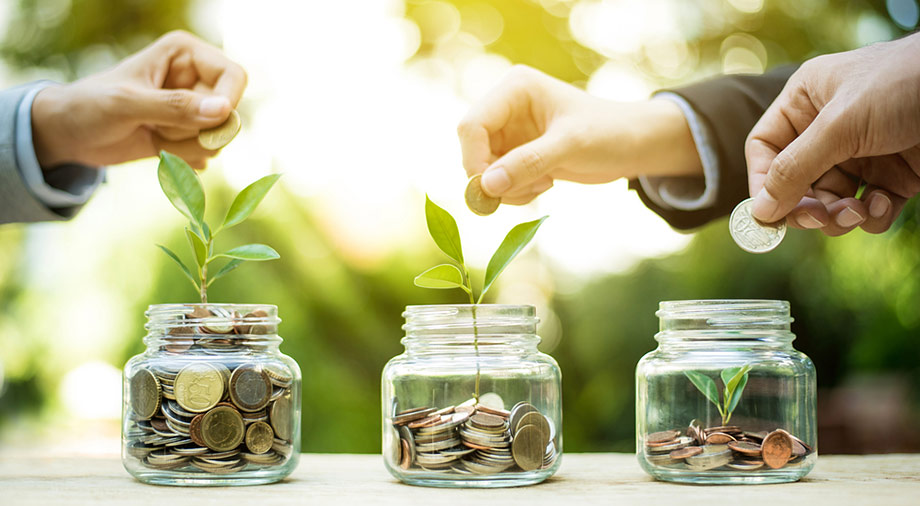 Crowdfunding is one of the tools for bringing ideas to life. You can use it to implement new business ideas, do something useful for your city, or create an innovative and unique product.

Entrepreneur Igor Ilvutchenko from Mariupol (a city in southeastern Ukraine) decided to organize free courses in Adobe Photoshop, Illustrator, and 3D-max for children in orphanages, refugees from the nearby warzone, and the disabled. His motivation was to help these students from disadvantaged backgrounds gain job skills.

He needed funding to implement the idea, and crowdfunding proved to be a key help. Users on the Ukrainian crowdfunding platform Spilnokosht (roughly translating to “Shared cost” in English) donated more than UAH 120,000 (a bit over $4500), enough to buy all equipment he needed and to start classes.

The editorial team at Max Polyakov Space explains in detail here about what crowdfunding is, what types exist, and how to increase your chances of doing it successfully.

Small and medium-sized enterprises (SMEs) play a leading role in the global economy. According to the World Bank’s estimates, about 90% of companies in the world fall into this category. These types of enterprises employ more than 50% of the working-age population, and in developing countries, they generate about 40% of their GDP.

At the same time, despite their crucial role for the economy, SMEs regularly face financing problems. One of the solutions is crowdfunding.

Crowdfunding is the process of collecting voluntary donations from a large number of people to support the efforts of other people or organizations.

One of the first successful examples of crowdfunding is the effort to build the pedestal for the Statue of Liberty. In 1885, the US government could not raise enough money to complete the construction of the statue which had been donated by France. The problem was solved when renowned newspaper publisher Joseph Pulitzer placed solicitations for donations in his paper, inviting readers to donate small amounts. The campaign was successful: 160,000 people donated money to finance the construction of the pedestal, allowing for the completion of the iconic symbol of America.

Crowdfunding has become even more popular with the advent of the internet. Fans of the British rock band Marillion posted a note on the Internet in 1997 asking for small donations to organize the band’s US tour. This campaign raised $60,000.

That same year, Mark Tapio Kines, the freelance writer and film director, went even further. He created a website that would become a prototype crowdfunding platform to raise funds for his projects. Internet users contributed $125,000 over two years, which helped Kines complete his production of the film Foreign Correspondents.

In total, there are about 100 such platforms in 40 countries, with the largest number concentrated in the USA, Great Britain, and France.

What are the different types of crowdfunding?

Crowdfunding platforms, like marketplaces, differ significantly in topics and methods of fundraising.

In this case, the backer, like the FFF investor, transfers a small amount to the project starter, but they are not entitled to any share in the project or compensation later on.

One prominent example is the public restaurant Urban Space 100 in Ivano-Frankivsk, a provincial capital in western Ukraine. The project collected 100 donations of $1000 each, and the resulting restaurant donates 80% of its profits to supporting infrastructure, social, educational and other projects. Over its six years in existence, the restaurant has supported more than 100 projects with over UAH 3 million.

2. Investment in exchange for a small gift

With these projects, project creators offer small gifts in return for donations of different sizes. These can be things like sweets, postcards, or project merchandise which backers receive if they donate and the project raises its required amount.

3. Investment as an opportunity to purchase

One striking example is the Star Citizen computer game, which takes place in space. It broke all crowdfunding records for its type of project, raising over $350 million.

Enjoy The Wood, a Ukrainian maker of wall-mounted wooden maps, posted a Kickstarter campaign for the release of their new series of maps. The first backers to support the project could purchase the new products at a discount.

After achieving their goal, project creators pay a commission on the money they’ve raised, usually 5-12%. This commission brings platforms billions of dollars in revenue, as around 6.4 million crowdfunding campaigns are carried out annually.

Over the next few years, the demand for crowdfunding and platform revenue will both increase. Last year alone, the amount of funds raised increased by 33.7%, and the average donation amount was about $90. By 2025, according to the Global Crowdfunding Market report, the average annual growth will be about 15%, and revenue will reach $196.36 billion.

How to make crowdfunding successful

Few crowdfunders turn out to be successful, as only 22.4% of campaigns actually reach their goal. The most common problems are creators’ lack of competitive advantage, unsystematic approach, and low-quality content.

Here’s what you can do to increase your chances of succeeding with crowdfunding:

Project creators need to stand out in the crowd in order to earn support from backers.

This requires a competitive edge. It may come through offering a completely new product or idea, by offering a product that differs from competitors in functions or service.

It takes a little research to build a competitive advantage.

On crowdfunding platforms, you can find your competitors among current and past campaigns and examine their offerings, differences, and results.

It is also worth checking out your competitors’ company history on Crunchbase. Search for analytical materials and look at the current status of already launched projects. This will help you prepare to launch your campaign on a crowdfunding platform.

Just like with any business venture, crowdfunding will not have a good result without consistency. You need to imagine crowdfunding as a long marathon, lasting about nine weeks.

You need to prepare for your campaign by breaking down how you will allocate your efforts. What’s your goal for the two months? For each month? For each week? Dividing your tasks and resources into these blocks will make the marathon more feasible.

As you prepare for your crowdfunding marathon, it’s very useful to have a roadmap. To compile it, you can use services like Miro, RescueTime, or Confluence, where you just draw up an entire list of tasks and combine them into a single workflow.

It is imperative to add marketing and PR to your roadmap, as the success of your project depends not only on your idea, but also on your presentation, and whether you can draw attention to your project.

Your project page on your crowdfunding platform and on social networks is like your storefront. The better your public-facing content, the more attention it can attract.

For crowdfunding, it’s helpful to remember the content posting rules from marketplaces. On Amazon, for example, sellers have just 85 characters to make their initial pitch.

You can add much more in the description, like the history of your project, its goals, and its projected results.

It’s also important to have great pictures, as they do so much to enhance your titles and descriptions. They show people what your product will look like and how to use it. In their campaigns, Enjoy The Wood included pictures showing how their maps can be used – as home decorations, as a place to plan new travels, and much more. It’s very important to show people happily enjoying your product in your pictures.

Social media is an effective channel for finding backers. Sponsors can be found both through posts and through private messages. Private messages may even be more efficient, since social media algorithms won’t show your posts to all your subscribers.

Bloggers are an excellent tool for promoting a business, because they can be up to 65% more credible than traditional advertising tools.

For effective influencer marketing, it is important that the project is presented by people whose audience overlaps with the target audience of the project.

If you’re creating a tech product, for example, you really need to find a tech blogger as your influencer.

In your content (stories, posts, and videos), you can show your product or project can be used. For projects that have not yet been implemented, you can talk about what tasks the product will perform in the future.

Even if your first crowdfunding campaign was not successful, it can still bring you a lot of benefits. As a creator, your crowdfunding campaigns bring you valuable experience in conducting a project with a large number of tasks, and also bring you a lot of contacts and help you establish relations with the media and bloggers. Both of these things will come in handy in future campaigns to help you achieve a positive result. 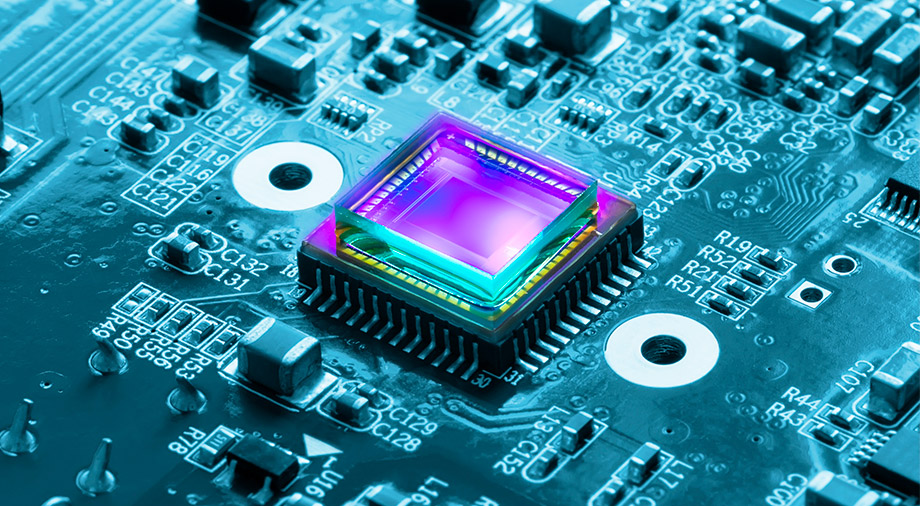 Space technologies: How we use them every day
Next article 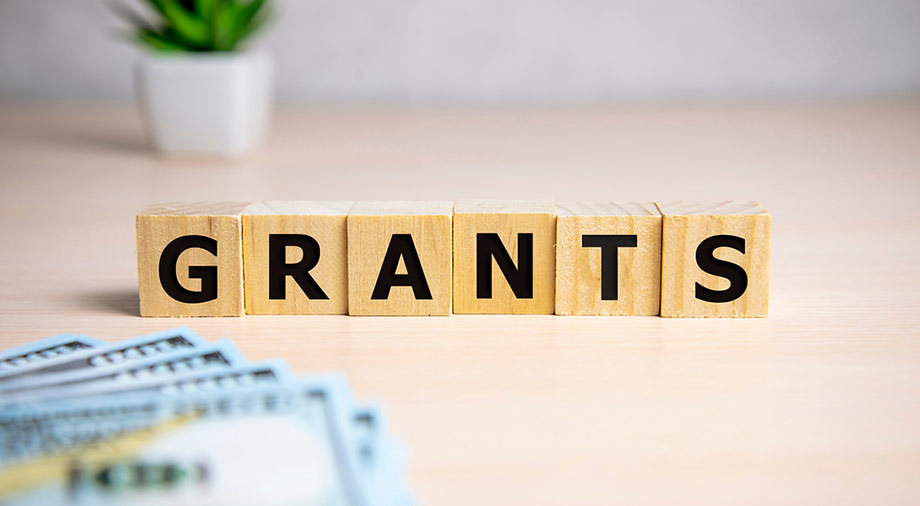 Grants, their types and how to prepare for a grant competition