The launch of the EOS SAT-1 satellite from EOS Data Analytics at the beginning of 2023 was a unique event in remote sensing (RS). Combining compactness and modularity, the EOS SAT constellation satellites represent the most advanced tools for precision agriculture, a new agribusiness method involving the analysis and control of cropland conditions. It is performed by monitoring from orbit.

Let’s find out what makes the EOS SAT-1 unique and how similar instruments shape new trends in the satellite surveillance industry.

The desire to shrink the size of satellites today is solely due to companies’ will to save money on manufacturing and launching their spacecraft into orbit. Reducing mass and size is expected to decrease the cost of satellites, offering a unique opportunity for large satellite constellations.

EOSDA was able to considerably decrease the size and weight of the satellites, at the same time expanding their monitoring capabilities. The future EOS SAT constellation – all seven satellites together – will weigh approximately 1246 kg; it is the same as one remote sensing satellite of the previous generation. Even one satellite from the constellation will be able to scan up to a million square kilometers of Earth’s surface per day. Just a ton of payload placed in orbit will help increase the efficiency of agricultural production by millions of tons annually.

The best-known satellite constellations are GPS, Galileo, and Starlink. The constellations of remote sensing satellites include Planet, GeoSAT, and ICEYE. They are all focused on a specific mission: telecommunications, satellite internet, and global coverage. For the EOS SAT constellation it is monitoring key indicators of crop fields to increase crop yields.

Scanning ranges of the EOS SAT-1

The EOS SAT-1 is based on a pair of DragonEye optical modules from Dragonfly Aerospace. They enable the spacecraft to capture images in remarkably sharp resolution – 1.4 m/pixel in PAN format and 2.8 m/pixel in MS format. In terms of quality and extreme sharpness of images, the spacecraft surpasses even such a severe mission as Copernicus from the European Space Agency (ESA). It is currently the most expensive European satellite monitoring mission, the budget of which increased by 67% in 2023 compared to 2022 – up to € 2.7 billion.

For example, the constellation satellite Copernicus Sentinel-2 is capable of producing only 10 m/pixel MS, and the Landsat-8 launched in 2013 by the USGS – 30 m/pixel (MS).

The swath width, the length of land to be scanned from the orbit, for EOS SAT-1 is 44 km (27 miles). This parameter is somewhat less than most of the existing monitoring satellites. However, we should not forget that the main objective of the optics on the EOS SAT is to scan the condition of the croplands. When it comes to precision farming, the amount of helpful information the satellite can receive in one overflight of the studied area really matters.

In terms of the variety of scan data provided, SAT is unequivocally among the record-breakers. The EOS SAT constellation satellites can survey in 13 (12+PAN) different scanning bands, each capable of providing the user with unique information about the condition of crops.

For example, the Red Edge format detects plant health by scanning the light from the plants in the infrared (IR) spectrum. The streaming images from the three Red Edge channels can communicate with the streaming images from the Gold Standard Satellites S2 (GSS S2) to form a common database. The two different types of satellites complement each other’s functionality. Even if EOS SAT-1 hasn’t flown over the area of interest today, you can always see if its orbiting counterpart, GSS S2, has the data you’re looking for.

Identification of the presence of green vegetation patches can also be made using the two NIR (Near Infrared) channels. Like Red Edge, the NIR band scans light in the infrared spectrum. The main difference is the spectral bands’ sensitivity level, so NIR and Red Edge are designed for different agricultural applications. Another infrared satellite sensor is capable of imaging in the SWIR (Short-Wave Infrared) band.

From orbit EOS SAT-1, it’s possible to see not only the presence of vegetation but also moisture. The function of identifying areas of Water Vapor near the Earth’s surface in subsequent analysis gives more insight into the soil’s moisture saturation level. So far, this advanced technology is quite rare for monitoring satellites. For example, the Super Dove CubeSats from Planet, one of the major players in the Earth remote sensing market, do not have the ability to determine the amount of vapor.

For more familiar visualization, the EOS SAT images can be converted to RGB (Red Green Blue) format – the visible color spectrum visible to the human eye. It is the combination of red, green, and blue in different proportions that ultimately generates the variety of colors we observe around us. Now, the images of most optical monitoring satellites are presented in RGB format. The only exception here is, perhaps, the synthetic aperture satellite (SAR), whose application area does not require optical imaging.

The future constellation from EOSDA will also be able to give its customers access to highly detailed images taken with a panchromatic camera (PAN). The PAN camera is particularly sensitive when scanning short ultraviolet wavelengths, providing more detailed information about the level of solar heat the farm absorbs.

On Earth, the processing and analysis of this data take place with machine learning (ML) algorithms. Even the resolution obtained through the PAN strip can be improved by incorporating math algorithms into the post-processing process. The machine artificially makes the image obtained through the optical sensor even more detailed. As we can see, in the precision farming sector, the factor of using ML algorithms is in active demand.

EOS SAT-1 base: Satellite buses and extension of satellite functionality

All the optics and digital stuffing of the EOS SAT-1 are housed in the compact µDragonfly satellite platform. This is the base around which the satellite is assembled. In the satellite manufacturing industry, placing payloads in scientific equipment on one general platform is far from new, but 3D printing technologies of ultra-light and durable polymers are revolutionizing the production of such mother modules.

The availability of the satellite bus as the main base of modern small-size probes allows private aerospace companies to modularly assemble their satellites modularly, customizing them to solve specific niche tasks. The satellite bus opens a unique opportunity for further modification of satellites. This can even be seen in the example of the future EOS SAT constellation. If the first EOS SAT-1 can observe in 11 bands, the modifications of the subsequent ones will add two more spectral channels to this number.

For orbit correction, EOS SAT satellites are equipped with ion engines manufactured by SETS, a space company with an office in Dnepr. The SPS-25 system is installed directly on EOS SAT-1, which allows for an increase of several times the service life of the satellite, corrects its orbit, and puts the device at the necessary altitude for the survey of the given coordinates.

SETS engine technology is based on the Hall effect in noble gasses, where atoms, in this case, xenon, are ionized and accelerated by an electric field. Such engines are much more cost-effective and environmentally friendly than chemical engines, which are still used today. In addition, the use of Hall engines makes it possible to reduce the mass of a satellite substantially, hence the cost of both its development and place in orbit. For example, for the compact EOS SAT-1, its effective mass with a conventional chemical engine would have doubled, and for large satellites, this indicator could have increased by several times.

In addition to providing operation, the SETS engines are responsible for deorbiting the satellite. The problem of orbital debris, which is becoming increasingly urgent with the growing number of launches, has forced developed countries to review their satellite accreditation policies. The US already requires satellite operators to significantly reduce the time a satellite stays in orbit after the expiration of service life. Therefore, SETS’ developments become more relevant, given their cost-effectiveness.

The instrumentation that the EOS SAT-1 possesses can be of great help in the field of agricultural activities. The EOS SAT constellation is a perfect example of a satellite function sharpened to solve a specific problem. EOSDA has bet on trying to solve the food crisis, ensuring global food security, and countering climate change.

Some satellite constellations are making efforts to pursue other niches. For example, the national space agencies of Israel and Italy are jointly involved in the development of the SHALOM (Spaceborne Hyperspectral Applicative Land and Ocean Mission) satellite aimed at mineral exploration. The 385-kg spacecraft will be able to conduct hyperspectral analysis and explore areas of minerals in the Earth’s rocks.

The launch of the constellation is scheduled for 2025. Still, the main Achilles’ heel, unfortunately, peculiar to most European space programs is the excessive bureaucratization of the process and the lack of their own infrastructure for launches, which forces Europeans to hire foreign contractors, thereby stretching the timing of work and the final project budgets.

The “old world” is still in no hurry to invest in the development of its own space industry, as China and the United States already do, and, therefore, often postpone their space launches due to the lack of funds. The situation was unexpectedly influenced by the experience of the war in Ukraine, which made many power elites in Europe wake up and take a new look at the importance of a solid and independent space sector.

A glimpse into the industry’s future

According to forecasts, about 18,715 probes will be launched into orbit by the end of 2027, which will give the satellite manufacturing market a projected inflow of $166 billion. Over a third of these funds will be attracted by manufacturers of small satellites used in Starlink, Amazon, and OneWeb constellations. The market will develop most dynamically in the next three years. Starting from 2026, the growth should slow down after the final formation of the main pool of players in all key industry niches.

The most explosive CAGR of the satellite manufacturing market was noticed in 2022 when it reached 49.7%. The lion’s share of the satellites produced (95%) were telecommunications satellites – they were placed in orbit as part of such satellite mega-constellations as Starlink, Amazon, and OneWeb.

This growth has been driven partially by the war raging in Ukraine since February, in which satellite data collection and processing are playing an increasingly important role. The world’s nations, as if they had an epiphany overnight, saw how simple private aerospace companies, just watching the weather yesterday, were able to increase their presence in the global security and defense sector. This epiphany was followed by a major influx of national investment in the form of a request for satellite resources for monitoring.

If today it seems to you that the task of finding minerals on Earth can be handled in multiple ways, venture a few decades ahead – it is obvious that such spectral satellites by the middle of this century will be exploring for minerals within the inner circle of planets in the solar system. From orbit, they will be able to detect the presence of minerals in the soil much faster or the presence of organic life. In addition, the experience of spacecraft such as EOS SAT-1 and SHALOM, which are among the first to hone remote sensing technology on Earth, will underpin future extraterrestrial monitoring missions. 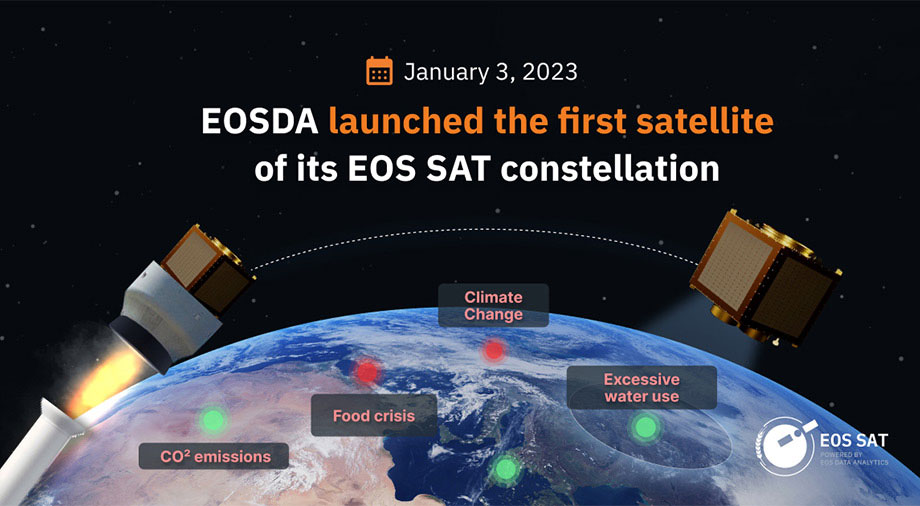 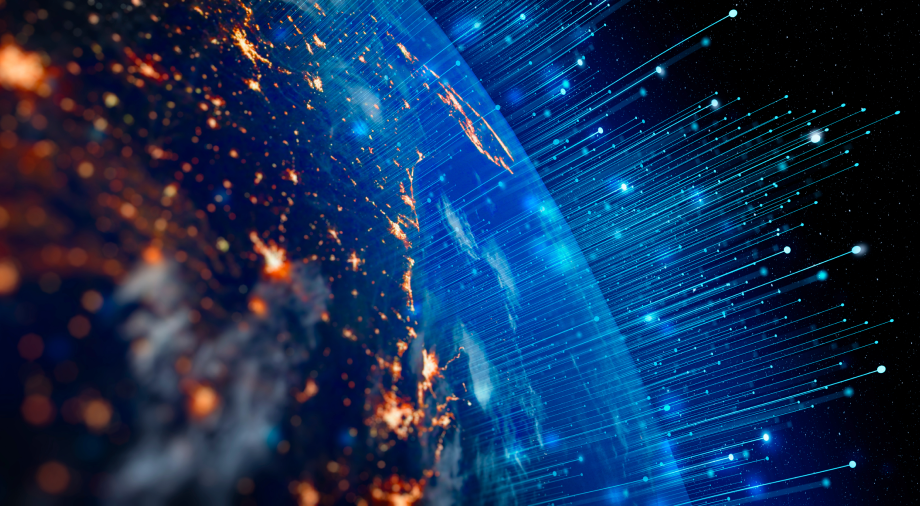 Results of 2022. Trends: New cosmodromes, reliance on LEO, and the defending role of satellite companies