Results of 2021: The most significant events in NewSpace 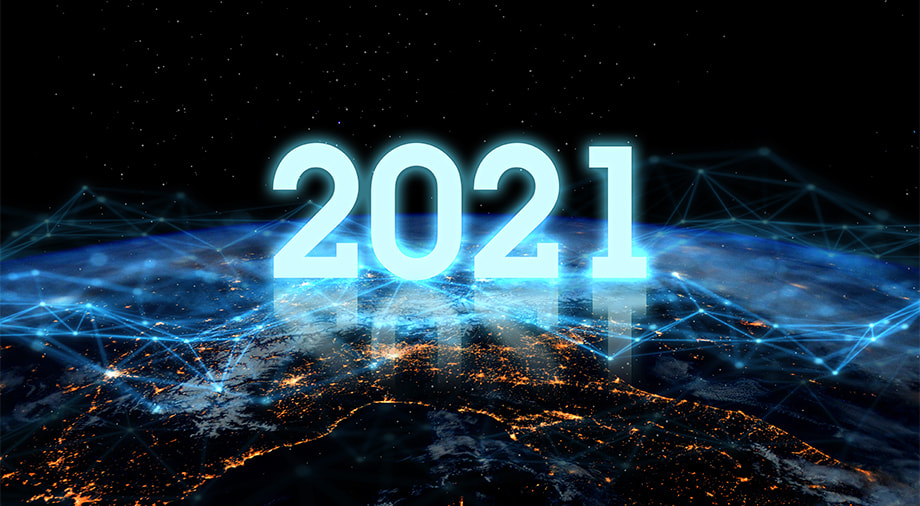 For many in the space industry, 2021 will be remembered as the year in which three private companies sent tourists into space at once, the “billionaire race” went into full swing, and the successor to the Hubble Telescope was finally put into orbit.

Among all the discoveries, achievements, and launches, by far the most significant events in 2021 were the flights of tourists into space privately-developed spacecraft. Even more significantly, three companies were able to overcome this barrier at once: Blue Origin, Virgin Galactic, and SpaceX.

The strategies of Jeff Bezos and Richard Branson in space exploration are very similar: both businessmen believe in space tourism and are primarily developing this direction. Both set their first goal as developing  suborbital flight systems (flight at a speed less than the first space flight, which does not allow the spacecraft to break Earth’s orbit), and both were also participants in their companies’ first manned missions. In the “space race of billionaires,” as the competition was dubbed in the media, Richard Branson was the first to reach the conditional boundary of space – on July 11, 2021, Virgin Galactic’s Unity 22 mission delivered two pilots and 6 passengers to an altitude of 86 km. Nine days later, on July 20, the the New Shepard spacecraft from Bezos’s New Oritin ascended to an altitude of 107 km with 4 passengers on board.

Thus, the era of private space tourism was opened, when a private company, without the help of the state and completely independently, was able to deliver tourists into space.

SpaceX’s first commercial mission, Crew Dragon, was also a landmark – it was the first time in history that a spacecraft developed by a private company went into space with an all-civilian crew. In addition, the Crew Dragon’s Inspiration4 mission was also significantly more technically difficult, as mission of Crew Dragon “Inspiration4” was much more difficult than just reaching the boundary of space – the ship spent 71 hours in orbit before successfully splashing down in the Pacific Ocean.

One of mankind’s most important achievements in 2021 was the success of three Mars missions at once: the landings of NASA’s Perseverance rover and the Chinese rover Tianwen-1, as well as the achievement of orbit by the Al-Amal station from the United Arab Emirates.

Perseverance, launched into space back in July 2020, was built to explore the Jezero crater as part of NASA’s Mars Exploration Expedition. Seven months later, on February 18, 2021, the rover successfully landed on the surface of the red planet, and by the end of the year managed to complete the main stages of its mission. In particular, it collected soil samples and confirmed the presence of organic compounds at the bottom of the Jezero crater. This does not yet indicate the presence of past life on Mars, but it has given scientists a huge amount of data for understanding the history of the planet.

In addition to Perseverance, NASA’s Ingenuity drone was delivered to Mars. It has successfully completed 18 flights in the rarefied atmosphere of the red planet and is continuing its work.

The Tianwen-1 rover successfully landed on May 14, 2021. By mid-August 2021, it had completed all of its main tasks in exploring the surface of Mars and transmitted more than 10 gigabytes of data to Earth. By the end of 2021, Tianwen-1 had covered almost 1,300 meters, and it is continuing its search for signs of past life on the planet.

The Al-Amal mission was also a landmark in that it is the first UAE mission to Mars. The mission’s main objective is to study the Martian atmosphere. The station will monitor the weather on the red planet throughout the year and record all meteorological events, like dust storms and temperature fluctuations.

NASA’s DART mission was not only one of the most interesting in 2021, but also a landmark for fans of science fiction. The mission will test in practice whether humanity can defend itself from an asteroid on a collision course with Earth.

The probe for the DART (Double Asteroid Redirection Test) mission is a 500 kg spacecraft which will crash into the asteroid, Didyma, which  orbits the Sun, at a speed of 6.6 km per second. In theory, a collision at this speed should change the trajectory of the asteroid, as well as create an ejection of small particles that, in theory, could reach Earth in 1000 years.

The LICIACube microsatelite, which is carrying high-precision cameras from Dragonfly Aerospac, will record the course of the mission and transmit data and video to Earth.

For more than 30 years, the main source of imagery and discoveries in astronomy has been the Hubble Telescope, which was launched into orbit in 1990. And although it continues to work properly and is planned to continue operation until at least 2024, its technology is already outdated.

Hubble is soon to be succeeded by the world’s most powerful telescope, the James Webb Space Telescope (JWST). Manufactured in 2019, its capabilities are significantly ahead of all its predecessors. Moreover, it will be in a far more distant orbit at the L2 Lagrange point, one and a half million kilometers from the Earth (Hubble’s orbit is only 570 km from Earth’s surface).

The JWST is expected to capture light from early stars and galaxies that formed just after the Big Bang, thanks to its record 6.5-meter mirror and infrared cameras. For astronomers from all over the world, this telescope will serve as a kind of time machine, which, in theory, can provide answers to a number of key questions about our universe.

The first in space

2021 was a landmark year for several startups focused on the creation of rockets. Astra Space achieved total mission success with its Rocket 3.3, which brought a demo payload into a calculated orbit. The two-stage rocket of the Rocket 3 family is equipped with five Delphin engines with a capacity of 28 kilonewtons each, and is capable of delivering a load of up to 150 kg to a sun-synchronous orbit.

Firefly Aerospace’s Alpha rocket made its maiden flight on September 3, 2021. During the flight, a short circuit occurred in the fuel supply system in one of the rocket’s four engines, which unfortunately resulted in the flight control center having to abort the flight. Nevertheless, the flight achieved a number of successes, including lift-off and reaching supersonic speed.

The second rocket of the Alpha family is already being prepared for flight. Its capabilities include carrying a payload of up to 630 kg into sun-synchronous orbit and up to 1,000 kg into low-earth orbit.

The International Space Station became slightly larger in 2021, as the the Nauka (Russian for “science” multifunctional laboratory module was successfully docked onto the Russian Zarya segment of the station on July 29, 2021.

To make room for docking with the ISS, the Pirs module was undocked and de-orbited. There were several emergency situations which occurred during the docking, but they were fortunately handled without consequences for the station itself.

On October 16, 2021, NASA launched the Lucy probe, which is set to reach the solar system’s asteroid belt by 2025. By 2027, it should reach the main goal of its mission, the Trojan asteroids orbiting Jupiter.

On December 14, 2021, NASA’s Parker Solar Probe entered the sun’s corona for the first time and touched the sun’s atmosphere. This was the probe’s third approach of our star, after having twice before flown over the Alfvén surface, the upper boundary of the solar atmosphere.

According to a NASA spokesman, this achievement ushered in “a new era in understanding the physics of the solar corona.”

In 2022, even more scientific discoveries, launches and successful space missions await us. We will soon have an overview for you of the most anticipated events of 2022. Happy New Year! 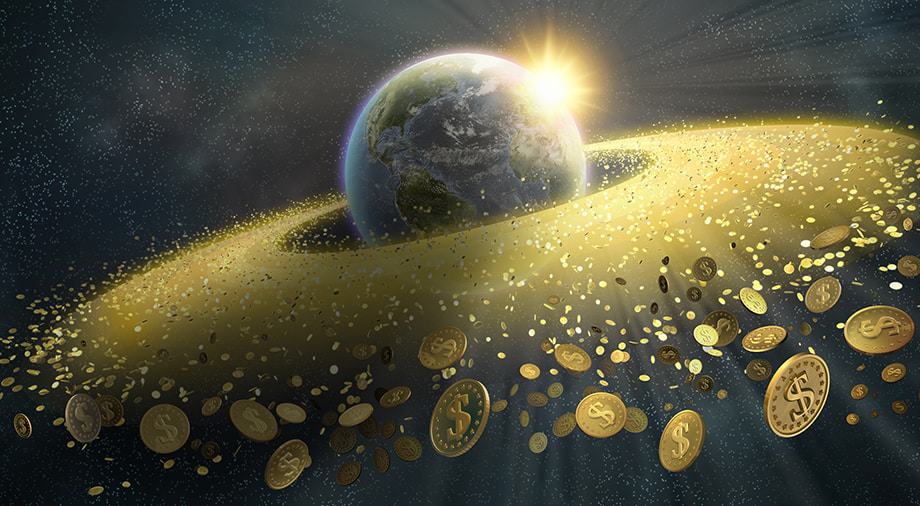 Orbital Money: Analysis and Trends of the Global Launch Services Market
Next article 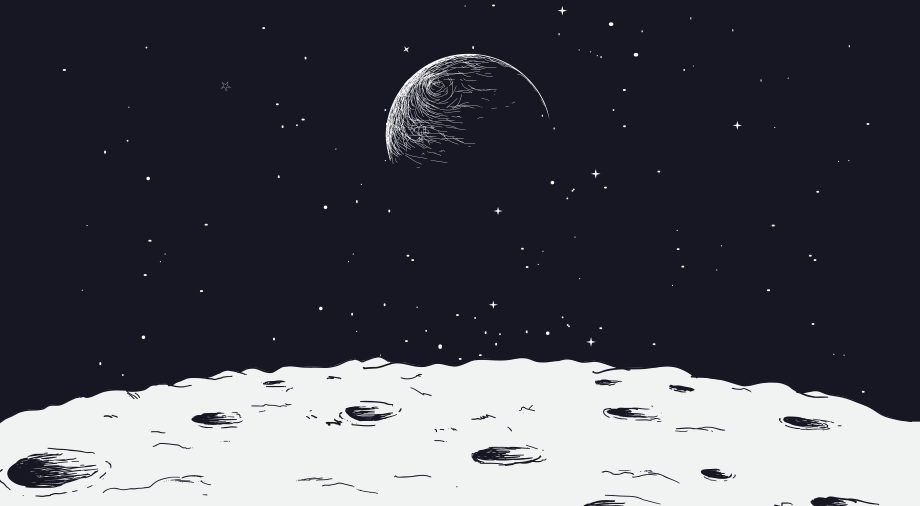 From the Earth to the Moon Part I. The Race of the Superpowers