The growing influence of New Space on the global economy 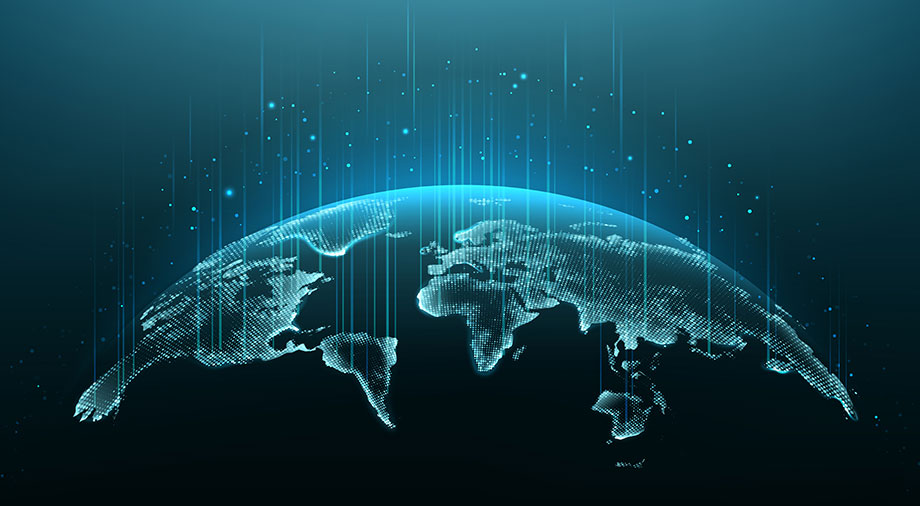 Today, satellite technologies are ubiquitous throughout our lives. GPS navigation is integrated into our smartphones, and most of the major streaming services use orbital satellites to broadcast their content. Beyond the telecommunications sphere, New Space is making moves into the fields of agriculture, remote resource exploration, and even environmental protection.

Obviously, with the further digitalization of our world, New Space will only increase its presence in all areas of the global economy. Today, we will talk about the companies applying new space technologies, and how they will be able to shape our tomorrow.

Remote monitoring of agricultural land has become a reality in the 21st century. Drones have begun to play a role in the process of remote agricultural monitoring, allowing farmers not only to monitor their sowing and harvesting, but also to save significant time and money on these processes.

However, drones are only up to the job of smaller-scale work. When it comes to industrial-scale agriculture, which requires the simultaneous observation of thousands of hectares of land, it’s satellite monitoring that fits the bill.

The process of monitoring land using satellite imagery allows us to assess the crop growth on cultivated tracts, chart their topography, predict the yield of the soil, and trace the general dynamics of the state of the land in the long term.

Interactive GIS maps play a key role in tracking the dynamics of agricultural processes. GIS (Geographic Information Systems) provide users with visualizations of basic data on the state of the cultivated areas in a convenient interactive format, using color markers, numeric indicators, and zonal segmentation of cultivated areas according to various filters. The information on the maps is updated frequently (with a snapshot on average every 24-48 hours), thereby allowing accurate and timely monitoring of farmers’ acreage.

There are a number of companies on the market today which provide satellite monitoring services for crops. The largest contingent are from the US, as precision farming is one of the most reliable cost controllers in American agriculture today.

One of the strongest players in the field of satellite monitoring services is EOS Data Analytics, based in Menlo Park, California. Its main offering to agro customers is the EOS Crop Monitoring utility, which allows users to filter information by zones, separately highlighting water irrigation systems, topographic elevation data, and different vegetation indices. In addition, the service provides information on access to transport infrastructure so that growers can optimize their logistics.

The Canadian Farmers Edge, a legacy player in the agricultural land monitoring market. The company has been providing its services to farmers since 2005. Farmers Edge also created a monitoring platform called Farm Command. This software allows a client not only to monitor the state of their fields, but also to make forecasts of yield, morbidity, and the level of fertilization of agricultural crops with the use of neural network algorithms.

According to a European Commission report  on the digitalization of the European agricultural sector, by 2025 satellite monitoring will be the second-biggest market in the precision farming sector, totalling $ 2.295 billion, second only to irrigation in this list ($ $2.387 billion). Point irrigation with fertilizers and plant protection products also plays an important role. Agricultural data analytics is only the fifth in the list of expansion of this market direction (it is predicted to capitalize in the region of 843 million), however, the widespread introduction of AI-based analytical systems can significantly increase investment in this market segment.

There is every indication that remote monitoring agriculture is set to keep growing. Manual monitoring and mapping of vast agricultural lands manually entails a lot of inefficient effort while not guaranteeing the actual result at all. Thanks to satellite monitoring, it is easy to inspect one’s fields, assess the profitability of sowing plots, and make the right decisions about where to invest.

Satellite monitoring of forests works on a similar principle as satellite-aided agriculture. Satellite technologies make it possible to track the renewal of forested lands, as well as to promptly identify forest fires and predict the risk of their spread. In addition, satellite monitoring can detect illegal logging, thereby significantly reducing economic losses to forest owners and forestry authorities.

In addition to its benefits for commercial forestry, satellite-based forest monitoring also supports forest conservation. So, in 2019, the Norwegian Ministry of Climate and Environment, in partnership with the Global Forest Observation Initiative (GFOI), agreed to provide free access to high-resolution satellite images of all tropical forests on the planet. The main goal of this initiative is to control the deforestation of tropical forests and contribute to global climate change mitigation. The price tag for this program totalled $50 million, but the Norwegian environmental organizations and donors who contributed believe that the  investment will pay much larger dividends in combating climate change.

The forest cover also directly affects the formation of cloud cover, which limits the heating of the Earth’s surface by reflecting heat from the sun.

A global satellite survey initiated by ESA (European Space Agency) as part of the CCI (Climate Change Initiative) revealed a deficit in the formation of dense cloud cover on more than two-thirds of the Earth’s surface. This is due to widespread deforestation as a result of logging, forest fires, and man-made factors. This has resulted in a decrease in the level of forest vegetation, an increase in general aridity, and depletion of forest soil. CCI Cloud Project leader Martin Stengel calls for increasing the role of satellite observation as part of the globalization of this initiative. This could result in the creation of a worldwide zoning map for zones most in need of new foresting.

In Europe, similar satellite-based deforestation monitoring projects are also bearing fruit. Efforts by EOS Data Analytics already mentioned above revealed a significant increase in the rate of illegal deforestation in the regions of Rivne and Zhytomyr regions of Ukraine. Over the past year, the amount of forested land cleared by logging has more than doubled (from 2101 hectares in 2019 to 5395 hectares in 2020). According to forecasts by experts at EOS Data Analytics, if this rate of deforestation is maintained while the rate of growth of new forests does not increase, these areas may turn into steppe by 2050, which will deal a significant blow to the forestry sector throughout Eastern Europe (losses are predicted to be 3.9 million hectares of forest).

The Role of Satellites in Mineral Exploration and the Construction Sector

Satellites is also expanding into exploration for natural resources and the mining industry, and new satellite technologies are helping to track the level of harmful carbon dioxide emissions as well as leaks of methane and oil. This has become possible thanks to the introduction of satellites with synthetic aperture radar (SAR) technology.

SAR satellites operate using radar spectral analysis of the Earth’s surface. The main advantages of SAR is its ability to operate regardless of meteorological conditions and illumination of the Earth’s surface. This means that synthetic aperture radar can also successfully perform surface scans through hurricanes and strong smoke caused by fires, while proviiding detailed image resolution as good as that of aerial photography.

One of the sectors in which SAR monitoring is being deployed is the mining industry. In the process of developing coal and ore mines, there is a high risk of collapse and changes in surface topography. A flawed geological forecast when beginning the exploitation of new deposits risks not only of economic losses, but also of great danger to miners’ lives.

This is where satellite-based 3D modeling of the Earth’s surface topography plays a key role. The ability of SAR satellite monitoring to minimize negative environmental impacts and ensure mine safety has significantly increased the demand in the hydrocarbon energy sector for the technology.

Overlaying several satellite images of the same area taken from different angles allows analysts to use spatial interometry (digital holography) to create predictions based on the 3D models they create of the areas they study.

The various spectral bands that SAR satellites use allow for multispectral mapping of the Earth’s surface, identifying zones with possible deposits of minerals. Photogeology is able to determine the lithography of an area, its chemical composition and its level of oxidation by analyzing radio wave images in various spectral ranges. Using this data, large mining concerns make final decisions on the profitability of developing and exploiting new resource deposits, as well as a forecast of the quantity of mineral deposits in a region.

The useof SAR satellites is not limited to the industrial sector of the economy. Insurance companies use SAR monitoring services and data analyses produced from them to provide the most accurate assessments of damage caused by disasters. Proper assessment of the condition of land plots before construction begins can save investors millions of dollars annually. This indicates that the role of space technologies in the field of civil and industrial construction will only grow in the future.

The integration of space technology into everyday life has also benefited stock traders and investors. Wall Street and other stock markets have believed in the development of New Space even at its early stages.

Companies that set new technology trends have been the first to cash in. The company Planet, which specializes in producing and processing satellite data, began trading on the New York Stock Exchange in December 2021. Planet is listed as PL on the stock ticker. The company currently has about 190 satellites in orbit and recently announced ambitions to expand its satellite constellation with the introduction of its new Pelican line of satellites. In just its first day of trading, Planet shares gained 5%, and Planet finished its first day with a share price of $11.35.

As a result of its recent merger with SPAC-company dMY Technology Group IV, Planet’s market capitalization grew immediately by $590 million. It is expected that about $90 million from this deal will go to pay off financial debts and pay commissions for the merger with SPAC companies. Planet plans to commit $200 million to working capital, which in the coming years should help the company reach a stable level of break-even development. The remaining $300 million from the deal is set to be used to consolidate the industry, as well as exploit other opportunities that may present themselves to Planet in the foreseeable future.

Experts predict that Planet’s EBITDA gross revenue in 2026 could be $700 million.

The merger of Planet with dMY Technology Group IV testifies to one thing: SPAC companies today are no longer shunned by investors, but are instead viewed as the most reliable option for commercial companies to enter the public sphere without the troubles of an IPO. Other examples of this practice include the July merger of Astra Space with Holicity (HOL), the publicity of Momentus through its merger with Stable Road Capital, and the merger of Redwire Space (RDW) and Genesis Park (GNPK) in September.

Today, this strategy of merging with SPAC-companies is being used everywhere, while contributing to a significant increase in the share value of the companies acquired.

New Space will play a growing role in our everyday lives

The new space economy has opened up a whole range of new technological opportunities to humanity, without which our existence today would be simply unthinkable. The use of Teflon pans, cordless tools, and sports insoles, the use of anti-icing systems on aircraft, and even our peaceful sleep on memory foam pillows – all of these things would never have appeared in our lives if they had not once been developed as part of space programs.

Hopefully, all of this is just the beginning. Thanks to the companies developing and deploying groundbreaking satellite-based technologies, the New Space movement is increasingly working its way into all areas of our life. All that remains for us is to gradually join this process, and try to get the most from it that we can. 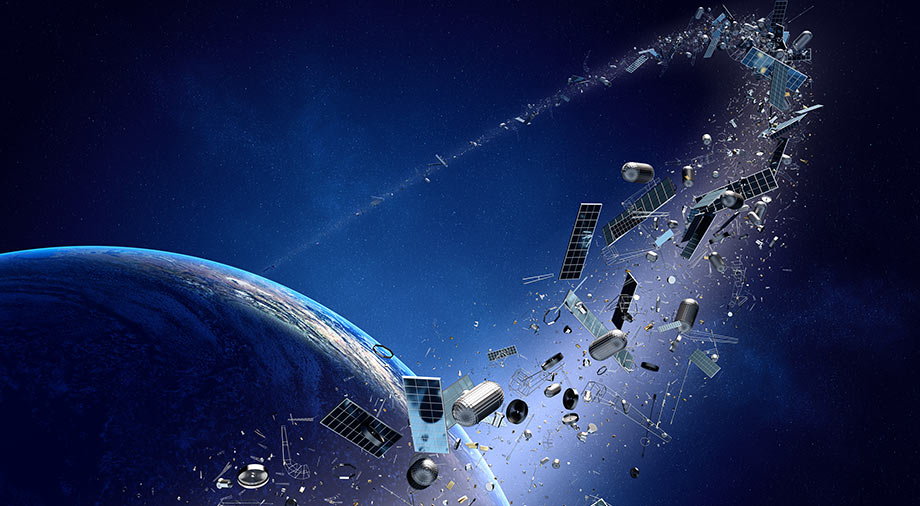 Running out of Space. Congested and contested
Next article 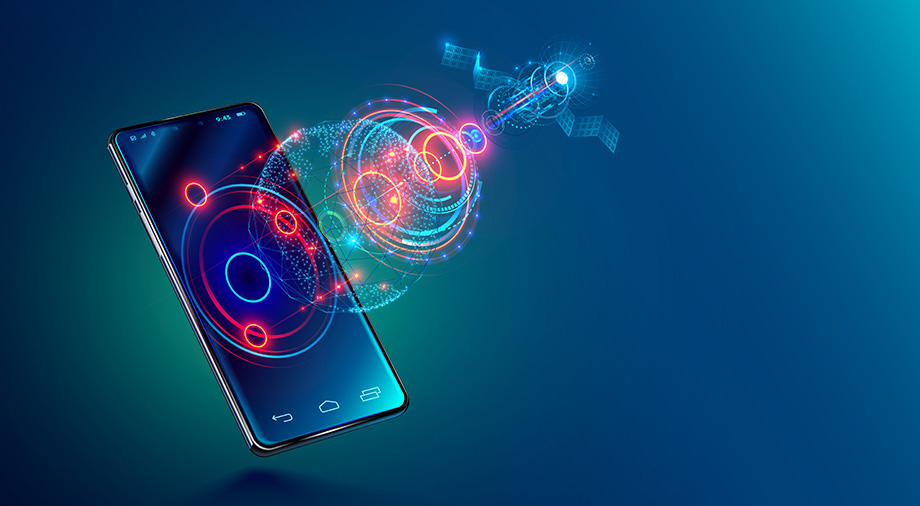 Space as a Service: How Things in Orbit Make Our Lives Better